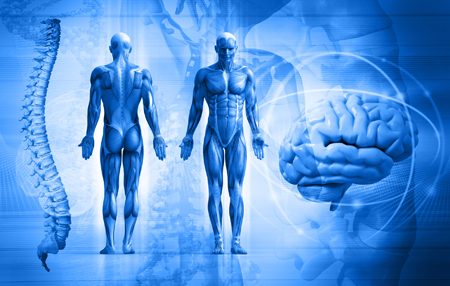 Professor Andrew Owen: “We want the British Society for Nanomedicine to debunk some of the myths surrounding nanotechnology”

The British Society for Nanomedicine is being launched by scientists from the University of Liverpool, as part of Liverpool’s Knowledge Festival.

As the potential global benefits offered by nanomedicines grow each year, the British Society for Nanomedicine has been created to help industry, academia and the public stay abreast of the latest research and developments in this emerging area of science.

Professor Andrew Owen from the University’s Department of Molecular and Clinical Pharmacology, and Chair of the Society said: “We want the British Society for Nanomedicine to `debunk’ some of the myths surrounding nanotechnology.  Over the coming years, nanomedicines will be much more widely used and it is important that the public are well-informed as to their benefits.”

“The Society’s website has been designed to engage and inform the public and help them understand the latest research and developments in nanomedicine and the impact it will have on future global healthcare. We also want to work closely with schools so that we can help children understand nanomedicines and encourage the next generation of UK scientists.”

“Nanomedicines have many benefits over conventional drugs; they have the potential to be cheaper, more effective medicines, with fewer side effects and easier administration”

Professor Steve Rannard, from the University’s Department of Chemistry, and Vice Chair of the Society said: “Nanomedicines are the formation of very small nanoparticles that improve the behaviour of drugs.  They are already being used to treat a range of conditions including breast cancer, chronic pain and asthma and here at Liverpool we are developing new nanomedicines to treat HIV.  Nanomedicines have many benefits over conventional drugs; they have the potential to be cheaper, more effective medicines, with fewer side effects and easier administration.”

The Society provides UK scientists with the opportunity to present their latest research findings to others in field.  It also provides a platform for them to interact with industry and regulators. “

Liverpool Vision Chief Executive, Max Steinberg, said: “Liverpool scientists have led some of the most important discoveries and developments of the last 300 years. Professor Owen and Professor Rannard are pioneers in that same tradition – not just because of their life saving research work but because, by identifying the need for British Society for Nanomedicine, they are helping propel the UK to the forefront of one of the most important realms of scientific exploration that there is today.

“We are proud of their achievements and contribution to making Liverpool a worldwide centre of scientific excellence – and proud to be sponsoring the launch of the Society.”

The British Society of Nanomedicine will be launched by Professor Andrew Owen, Professor Steve Rannard, Professor Anna Maria Geretti and Dr Dominic Williams at the Athenaeum in Liverpool on Monday, 15 October 2012.

The launch meeting is supported by the Engineering and Physical Sciences Research Council (EPSRC), Liverpool Vision and Malvern Instruments Ltd.