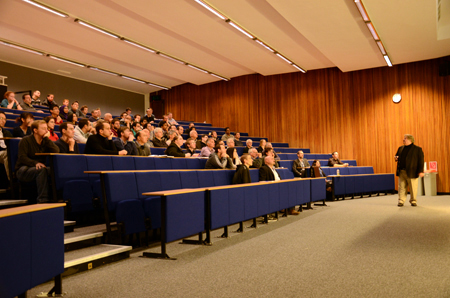 SENIOR advisor to Brazilian energy giant, Petrobras and Professor at the Federal University of Rio de Janeiro, Eduardo Falabella Sousa- Aguiar delivered a lecture on the future of biofuels during a visit to University of Liverpool.

Professor Sousa- Aguiar , a chemical engineer with 35 years experience in catalysis, told an audience of academics and students that “green is the future of the world”.

Petrobras is currently spending $3.5b in an attempt to more than double the firm’s biofuels output, as demand for clean, renewable sources of energy increases globally.

Its biofuels arm, Petrobras Biocombustivel is aiming to produce 2.6 million cubic metres of ethanol by 2014, and 750,000 cubic metres of biodiesel within the same timeframe. 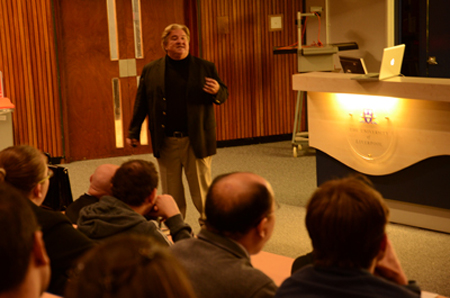 Prof Sousa- Aguiar: “Demand will increase and increase as we become more aware of the problems regarding climate change”

Prof Sousa- Aguiar has no doubt demand will continue to increase. He said: “It will be non-stop and will increase and increase as we become more aware of the problems regarding climate change. Nowadays nobody can deny that and this is a very strong driving force for Petrobras.”

In Brazil, the government demands a 25% blend of ethanol into petrol at the pump, and the country also operates a flex-fuel fleet of vehicles capable of running on ethanol, petrol or any combination of the two. A 5% mix of biodiesel must also be added to diesel.

Although a greener fuel than those generated from crude oil, the impact of biofuel production on agriculture in an era of food security has raised concerns.

Prof Sousa- Aguiar said: “We have to be careful and we have to look at something called Land Use Change. That’s a problem and we always have to be careful but, of course, we look for what are called second generation biofuels. We are not going to compete with the existing cultivation of food but I do believe in the second generation of biofuels.”

Prof Sousa- Aguiar’s visit came just weeks after the University welcomed 23 Brazilian undergraduates through the Science without Borders programme. Funded by the Brazilian Government, the students receive a grant for their living costs, accommodation and tuition whilst in Liverpool. After they have completed their studies, they will participate in 3 months’ work placement or research before returning to Brazil. 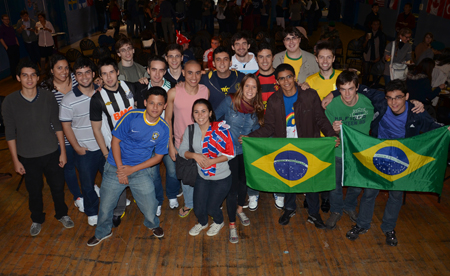 Our Science Without Borders students are welcomed to campus

Prof Sousa- Aguiar is keen to encourage the University to further foster links with his country, and the state-owned firm he works for.

He added: “I think universities in England can sometimes be a little shy, when compared to the USA and France. They should come often to Brazil and promote visits. Right now we have 91 PhD students in Petrobras who are liberated to go abroad to complete their PhDs.”

A long lasting research based relationship

The visit was organised by Dr. Jose Antonio Lopez-Sanchez, Lecturer with the University’s Stephenson Institute for Renewable Energy.

Dr Lopez-Sanchez said: “It has been an honour hosting Eduardo’s visit to Liverpool and to discuss our common research interests in the area of biomass transformation via catalytic processes. Together with Professor Steve Holloway and the International Development Office, we have identified the mechanisms to establish a long lasting research based relationship with Petrobras and the Federal University of Rio de Janeiro.”