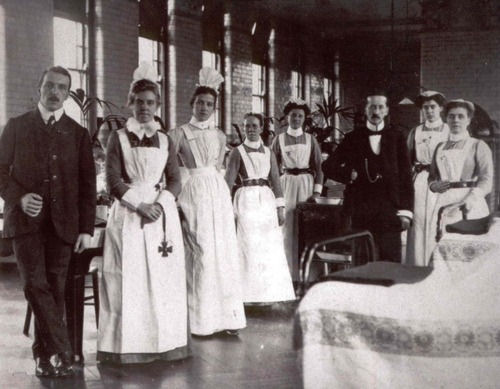 Nurses from across the United Kingdom will celebrate 150 years of nurse training in the city at a conference at Liverpool’s Town Hall.

The conference will attract over 250 nurses from across the region and speakers include Professor Elizabeth Perkins, Rathbone Chair of Community Health from the University of Liverpool, the Lord Mayor of Liverpool and Royal College of Nursing President, Andrea Spyropoulos among others.

Dr Carol Mackintosh-Franklin, Head of the University’s School of Health Sciences, said: “This day is a celebration of nursing: the past, the present and the future of the profession. It is part of a year long celebration of 150 years since the opening of the Liverpool Training School and Home for Nurses, the first to be founded by Florence Nightingale, outside of London. ”

A commemorative book to celebrate this 150th anniversary has been written by the University’s healthcare historians Meg Parkes and Dr Sally Sheard from the Institute of Psychology, Health and Wellbeing which illustrates Liverpool’s pioneering nursing and public health legacy.

Nursing in Liverpool since 1862 charts Liverpool’s achievement at the forefront of the development of professional nursing in Britain and highlights how significant Liverpool’s contribution is to the legacy of nursing.