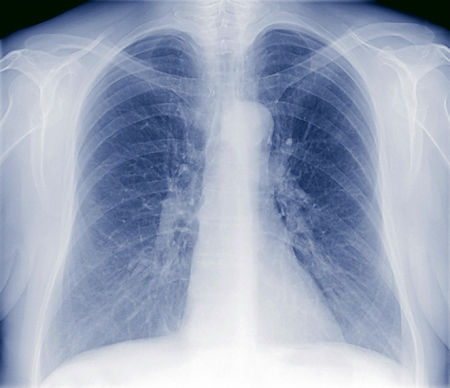 The University of Liverpool has been awarded funding to determine whether differences in our genes determine how patients respond to drugs used to treat Tuberculosis (TB) in Sub-Saharan Africa.

Professor Andrew Owen, from the University’s Department of Molecular and Clinical Pharmacology, is part of an international research team that will explore why some patients respond positively to anti-TB drug treatment while in other patients the treatments fail or the patients experience toxicity.  In patients with HIV/AIDS the percentage of patients that are not cured by therapy is even higher.

Second leading cause of death worldwide

TB is the second leading cause of death from an infectious disease worldwide after HIV/AIDS.  In 2010 there were 8.8 million new cases of TB and 1.1 million deaths, including 350,000 deaths from TB among people with HIV.  In Sub-Saharan Africa TB poses a major public health problem and is the leading killer of people living with HIV, causing one quarter of all deaths.

Professor Owen said: “There is a much greater understanding of genes which affect how we react and respond to drugs used in other diseases such as HIV than there is for TB.  This project will study the genes of patients being treated with the four main anti-TB drugs, and also with a new drug which is in development, using clinical trial sites in Benin, Senegal and South Africa.

“The study aims to explore and determine genetic differences which affect the effectiveness and reaction to anti-TB drugs.  It is funded through the H3Africa project which is led by African scientists and one of its aims is to foster capacity-building for research in Sub Saharan Africa.”

The standard treatment for TB is a six-month course of four drugs taken daily for two months, followed by two drugs taken for a four-month period but as many as 10 per cent of patients do not respond to this treatment.  Patients who have been treated with anti-TB drugs have an increased risk of spreading a strain of TB that is resistant to drug treatments.

TB is caused by bacteria (Mycobacterium tuberculosis) that often affect the lungs. It is spread from person to person through the air. When people with lung TB cough, sneeze or spit, they propel the TB germs into the air and only a few of these germs need to be inhaled for another person to become infected.

People infected with TB bacteria have a 10% lifetime risk of falling ill with TB. However people with compromised immune systems, such as people living with HIV, malnutrition or diabetes, or those who use tobacco, have a much higher risk of falling ill.

This project is being led by Dissou Affolabi from the National Hospital for Tuberculosis and Pulmonary Diseases in Benin. Other partners include the National Tuberculosis program in Senegal, the University Ignace Deen in Guinea, the University of Cape Town in South Africa, the Medical Research Council in South Africa and the London School of Hygiene and Tropical Medicine.