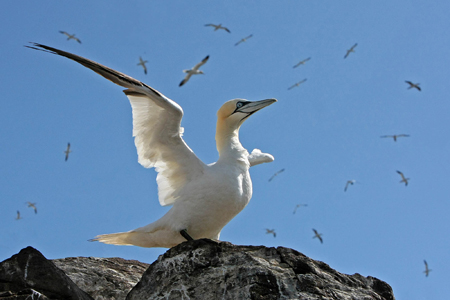 Scientists at the University of Liverpool have discovered that proposed offshore renewable energy developments in the English Channel have the potential to affect the foraging behaviour of northern gannets from Alderney in the Channel Islands.

The study by the University of Liverpool, the British Trust for Ornithology and Alderney Wildlife Trust, funded by the Alderney Commission for Renewable Energy, used GPS technology to track 15 northern gannets breeding on Les Etacs in North West Alderney to find out about their feeding habits and whether the routes they travelled could be affected by proposed English and French offshore energy developments.

Not dependent on specific feeding sites

The study found that on the whole gannets flew in the same direction and for the same distance but they vary significantly in the amount of time they spend searching for food  which suggests that individual gannets do not depend on specific feeding sites. 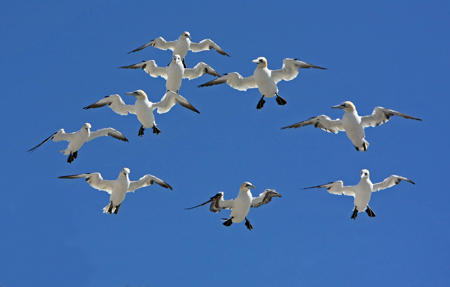 Louise Soanes: “We found that the area where the gannets travelled for food overlapped with nine sites earmarked for offshore marine energy developments”

Louise Soanes, from the School of Environmental Sciences, said: “We found that the area where the gannets travelled for food overlapped with nine sites earmarked for offshore marine energy developments which suggests that the feeding habits of these birds could be affected, as well as the potential for collision with wind turbine developments.

“These sites also fell across three different territorial waters – in the UK, France and the Channel Islands – which has implications for international collaboration and cooperation.

“GPS technology is becoming cheaper, longer lasting, more accurate and easier to use on a wide range of species.  Our work highlighted the important role tracking technologies can play in determining how sea bird colonies would be affected by offshore developments and we recommend that they become an integral part of the Environmental Impact Assessment for marine renewable developments.”

EU directives require that Europe must achieve 20% of its energy from renewable sources by 2020 which has led to an increase in the number of developments using offshore wind, tidal and wave technologies.  Offshore developments require an Environmental Impact Assessment which use boat-based and aerial monitoring but do not routinely use tracking technologies 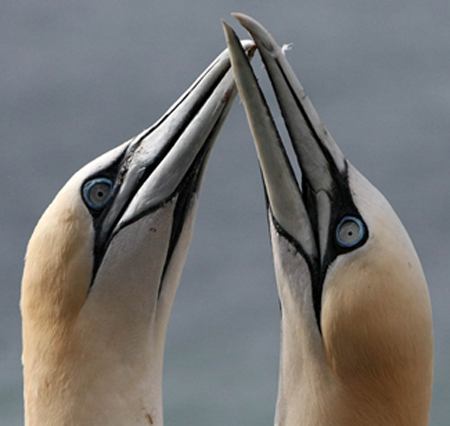 The preliminary findings from this study are being taken forward by the University and its partners.  The next phase of research, funded by a NERC PhD studentship, will determine what exactly the gannets use these areas for and how dependent the gannets are on these areas over the next three years to better understand how the developments may impact their populations.

All photos by Jill Pakenham, of the British Trust for Ornithology