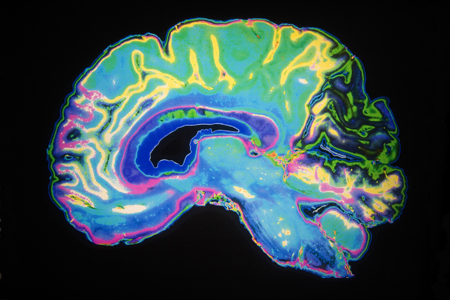 There are more than 400,000 people in the UK living with Alzheimer’s disease

Scientists at the University of Liverpool have begun work on developing the ability of sugars to block a protein that causes damage in the brain in Alzheimer’s patients.

Professor Jerry Turnbull and his team, from the University’s Institute of Integrative Biology, discovered that a family of long chain sugars, called Heparan Sulphates (HS), which are found in nearly every cell of the body, can prevent the formation of small proteins that form clumps in the brain.

Harnassing the natural abilities of sugars

These clumps or ‘plaques’ disrupt the normal function of cells leading to progressive memory loss. The work is funded by Alzheimer’s Research UK, and is part of their recent announcement of £5.5M for new research projects to tackle the disease.

Professor Turnbull said: “The protein that we are interested in is called BACE and is responsible for creating amyloid, which builds up in the brain in Alzheimer’s and causes damage. While BACE isn’t a new target for drug development, it has proved to be a difficult protein to block.

“We plan to use chemical reactions to alter the heparin sugar, making new compounds that we can test for the best results and fewest side effects”

We are using a new approach, harnessing the natural ability of sugars, like the blood-thinning drug heparin, to block the action of BACE. “We have already shown that this method works in the test tube, but this funding boost will allow us to take it a step further. We plan to use chemical reactions to alter the heparin sugar, making new compounds that we can test for the best results and fewest side effects.”

There are 820,000 people in the UK living with dementia, including over 4,500 in Liverpool alone. More than half of these people have Alzheimer’s disease, the most common cause of dementia. The cost of these diseases to the economy stands at £23B, more than the cost of cancer and heart disease combined.

Current treatments for dementia can help with symptoms, but there are no drugs available that can slow or stop the underlying disease. Finding targets for effective new treatments is a major goal for researchers across the world.

Eric Karran, Director of Research at Alzheimer’s Research UK, said: “We are proud to announce a record year for investment in research and to be able to fund Professor Turnbull’s work to investigate an exciting new approach for the treatment of Alzheimer’s. With so many people across the UK living with the disease, there is a desperate need for safe and effective treatments. We are dedicated to defeating dementia and pleased to be supporting such world-class research in Liverpool.”