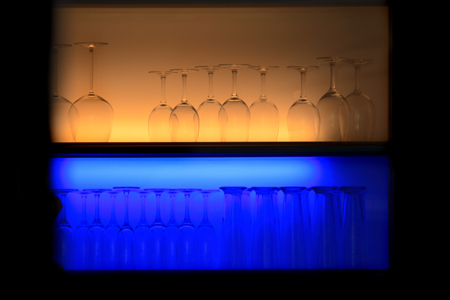 Professor Matt Field: “We hope to develop this computer intervention to see whether people can use it in their daily lives”

Researchers at the University of Liverpool have developed a computer-based test that could help heavy drinkers reduce their alcohol consumption.

Regular heavy drinking can lead to serious health conditions such as liver and heart disease, costing the NHS millions of pounds every year.

Research at Liverpool has shown that the habit of consuming alcohol can be interrupted when people practice methods of restraint whenever they see images of alcoholic drinks.

The team developed a computer test that required participants to press particular buttons when an image of alcohol or soft drink appeared on screen.  They were asked to perform this task at speed, but when they heard a tone sound they were expected to stop immediately.

“We wanted to investigate whether a person could learn to apply self-control automatically, in the hope that this might override the ingrained habit of drinking alcohol”

Following the task, participants were given the option of drinking beer.  Researchers found that participants who learned to exercise restraint when alcohol images were shown subsequently drank less beer than the control groups that did not practice the same method.

The team aim to develop the computer intervention for online use as part of a wider Medical Research Council (MRC) funded project on computerised interventions to boost self-control in heavy drinkers.

Professor Matt Field, from the University’s Institute of Psychology, Health and Society, said: “It is thought that people who drink alcohol at unsafe levels do so because drinking behaviour has become an over-learned habit that they perform without really thinking about it.  Similar to the practiced activity of brushing your teeth in the morning, a person may regularly drink a few glasses of wine with their evening meal.

“This kind of habit can lead to serious health problems, and in extreme cases, alcohol dependence.

“We wanted to investigate whether a person could learn to apply self-control automatically, in the hope that this might override the ingrained habit of drinking alcohol. We found that if participants repeatedly exercised self-control in response to images of alcoholic drinks, they drank less alcohol when the opportunity was later offered to them in the laboratory.

“We hope to develop this computer intervention to see whether people can use the intervention, outside of the laboratory environment, in their daily lives.  This may take the form of an online activity to support those people who want to reduce their intake of alcohol.”

The research is published in the journal Experimental and Clinical Psychopharmacology.