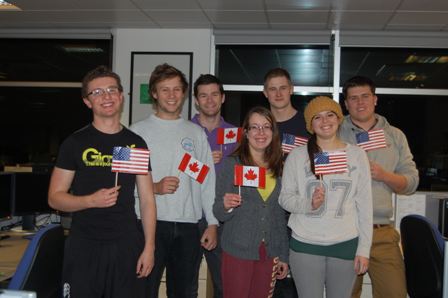 The telephone campaign for the Benefactors’ Fund, which was launched in 2007 as part of the University’s annual giving programme, has taken on an international feel.

Graduates of the University are asked to lend their support through a series of telephone campaigns, and for the last five weeks, current students have been contacting 5,500 UK based graduates asking them to support the Benefactors’ Fund, including its highlighted project, an MBA scholarship scheme which coincides with the 10th anniversary of the Management School.

Callers are now concentrating their efforts overseas by contacting more than 1,000 graduates in America and Canada.

Dr Lisa Hannah-Stewart, Annual Giving Manager, said: “The team will be calling from midnight until 6am chasing the time zones through the night from New York to Hawaii!

“The money raised makes a real difference to the lives of current and future students by funding additional improvements to facilities across campus, supporting the University library resources and providing student scholarships.”