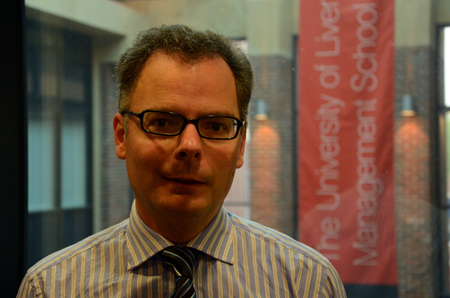 “Chancellor George Osborne should only worry if net government debt hits 80% of GDP in 2013 and even further if Britain drops its European Union membership.“

“In his autumn statement, Chancellor George Osborne updated the parliament with new growth and fiscal projections.  Worried that a policy U-turn might put Britain’s prized AAA credit rating at risk, George Osborne decided to stick to austerity.  Fitch rating agency responded that Britain’s credibility had been damaged after new forecasts.  But how big is the risk of a credit rating downgrade?

Credit rating agencies (Moody’s, Standard&Poor’s and Fitch) cite a number of factors (namely GDP growth rate developments and public finance trends) but provide little guidance as to the relative weights assigned to each factor.  Yet, academic work has studied extensively the empirical models used by credit rating agencies to reach the following conclusions:

”The biggest threat to Britain’s credit rating comes from a possible decision (following a referendum) to drop EU membership”
Third, an annual drop in government deficit by 1 percentage point of GDP justifies one-tenth of a notch upgrade in a country’s credit rating.  Fourth, European Union (EU) membership enjoys a ‘premium’ of 2 notches.

Taken together, the growth and deficit “improvements” justify two-tenths of a notch upgrade which is offset by an equivalent downgrade due to the increase in the net debt.  Unless these forecasts turn out to be spectacularly wrong, Britain’s credit profile should remain stable, at least for now.  In fact, a drop in Britain’s AAA rating would involve lower growth, an increase (rather than a decrease) in the deficit or net debt hitting 80% of GDP in 2013.

Nevertheless, the biggest threat to Britain’s credit rating comes from a possible decision (following a referendum) to drop EU membership.  If Britain’s policymakers decide to go this way, they will have to spell out in great detail what the economic benefits of an EU exit will be.  Unless they do so, Britain’s prized AAA credit rating will go fast whether or not fiscal and growth figures turn out to be worse than predicted.”