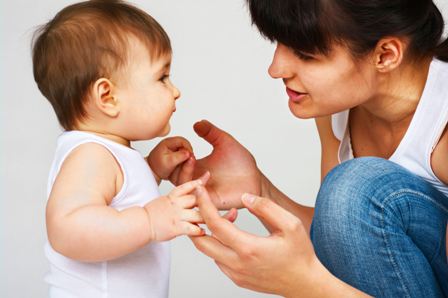 Tool could help identify language delays in infants in the UK

A tool which could help identify language delays in infants in the UK is being developed by psychologists at the Universities of Liverpool, Lancaster and Lincoln.

Researchers at Liverpool and Lancaster have now been awarded more than £300,000 by the Economic and Social Research Council (ESRC), to create the first standardised UK speech and language development tool to establish language norms for UK children aged eight months to 18 months.

The two-and-a-half year project will also look into the impact of family income and education on UK children’s language development, as well as examining differences between children learning UK English, and other languages and English dialects.

They will develop a UK Communicative Development Inventory (UK-CDI) which will consist of a checklist of a wide variety of children’s communication abilities in using and understanding speech and gesture.

Effectiveness
The project is expected to make a major contribution to language development research as well as to the effectiveness of speech and language therapy and improved policy making.

Professor Caroline Rowland, from the University’s Institute of Psychology, Health and Society, said: “We tend to take our ability to talk for granted, when in fact it is a little miracle that children learn to talk so effortlessly.

“Until now, our understanding of the early stages of language development has been hampered by the lack of quick, inexpensive ways to test what young children know. Our new project will plug this gap by allowing us to build up a picture of the words and gestures young children can use and understand, taking into account a whole range of factors such as where the children live, whether they are boys or girls, and how many brothers and sisters they have.”

Once the tool is developed researchers will use it to carry out large scale studies of babies and toddlers in the UK. This wealth of new UK-specific data will enable parents and professionals to pick up on problems more easily by comparing a child’s progress against national averages.

Researchers are keen to hear from parents with children under 18 months to take part in the study.

They are also particularly interested in hearing from English dialect speakers such as families from Scotland and Northern Ireland, and from parents who left school early.

Anyone wishing to take part in the study should contact the research team at: ukcdi@liverpool.ac.uk 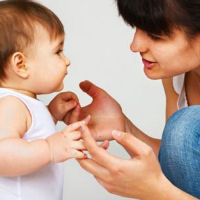