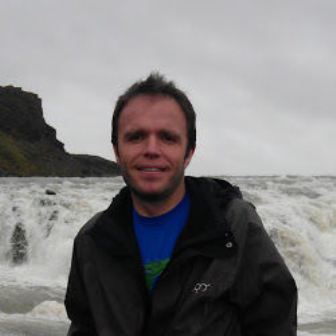 Professor Matt Field is Professor of Experimental Addiction Research in the Institute of Psychology, Health and Society.

“February 1st has arrived, and I have not consumed any alcohol since New Year’s Eve. Which means that I managed to stay off the sauce for a whole month, a target I set when I signed up for Dry January, a campaign run by Alcohol Concern.

I found the experience both interesting and – dare I say it – enjoyable. I slept better and generally felt healthier. I was particularly interested in this because, as Professor of Psychology at the University of Liverpool, and I conduct research into addiction, particularly alcohol problems and the psychology of self-control.

Personally, I wouldn’t say that I had an alcohol problem (not the whisky on cornflakes kind, anyway), but I probably drink a little more than the Government recommends at 3-4 units per day for men and 2-3 units per day for women.

So, how did I cope? Overall, I was never seriously tempted to break my resolution. I made a big deal of telling everyone who would listen that I was doing it, and fortunately my social calendar was pretty light for the whole month.

I went out for dinner and to the pub a few times, but deliberately avoided anything that had the potential to turn into a Big Night Out. I was happy to be the designated driver for a posh meal out in the Lancashire countryside for a friend’s birthday. Fortunately my girlfriend doesn’t drink much, and when she does she sticks to pink wine, which I think is vile, so that helped!

Stress levels at work were about average – about 7 out of 10, I would say – and although sometimes I had a bad day and was tempted to open some wine when I got home, I found it surprisingly easy to stay on track. If anything, it got easier as the month progressed.

I noticed a few things which connect well with some of the research that I have conducted over the years. Firstly, we have studied how the perception of the availability of alcohol has a very powerful influence on craving, and other psychological processes. If people are told that alcohol is available imminently, their desire to drink rockets, they get more distracted by alcohol-related ‘cues’ in their environment, and their self-control plummets.

This concept of ‘availability’ is a strange one. Alcohol is all around us, including at my home, and I could easily get some at a moment’s notice. But because I had told everyone that I would not be drinking, this made it ‘unavailable’ as far as I was concerned. In my experience, it was this feeling that meant that I was rarely tempted to drink, and on the handful of times when I was tempted, this soon passed.

It also got me thinking about ‘self control’. At the beginning of the month, I thought it would get much harder as the month progressed, but actually, despite a tough first weekend, it got easier.

Now, there are at least three different ideas about the psychology of self-control. One is that each person has a fairly fixed capacity for self-control: they can’t do anything about it, although if they use alcohol or other drugs for a long period of time it might cause a permanent reduction in self-control. Another idea is that self-control is like a muscle, which gets tired whenever we have to exert self-control but it can perhaps be strengthened by repeatedly practicing self-control.

Self-control
Based on this idea, we might expect that I would have found it difficult earlier on in the month – as my self-control ‘muscle’ became weak – but after that it might get easier as that ‘muscle’ got stronger.

A competing idea is that self-control is ‘all in the mind’: people don’t have a fixed capacity for self-control, but rather they have beliefs (or an identity) about how much self-control they have, and they act accordingly. So if someone believes that their self-control is rubbish, they may crack at the first sign of temptation.

Unfortunately, my own experience doesn’t really help me to tell which of these theories is true: did I find it difficult at first, but then easier, because I had strengthened my self-control muscle, or because I had learned that my self-control was actually better than I thought it was, so my identity had changed? Perhaps it is a bit of both? Or neither? I’m a scientist, so I know that I cannot infer that much from my own experiences, but it has given me some extra insight – not to mention some ideas for new research projects!

Overall, I found it a useful and sobering experience. If you think you drink too much, I would encourage you to think about doing Dry February (or maybe just start with a ‘Dry Week’). I have certainly seen opportunities for me to cut down my drinking when life returns to normal, and take account of recommendations from the British Liver Trust to have 2-3 dry days per week.

Finally, I should say that, despite some concerns about Dry January and Dryathlon, I do NOT intend to go on a mad binge in February. However, there is a beer festival down the road from my house tonight, and I would be fibbing if I said that I wasn’t looking forward to a pint or two of ale……” 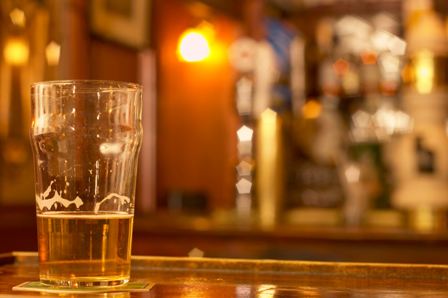 One thought on “The Liverpool View: Reflections on ‘Dry January’”