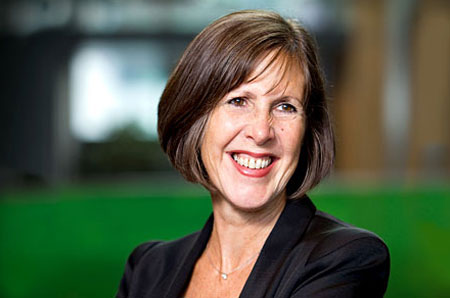 Professor Janet Beer will be the University’s next Vice-Chancellor, after successfully leading Oxford Brookes University since 2007

The University of Liverpool has appointed Professor Janet Beer as its next Vice-Chancellor.

Professor Beer will be the University’s first woman Vice-Chancellor and one of only three in the elite Russell Group.

She will join the University on 1 February 2015, taking over from Professor Sir Howard Newby who is retiring after six years as Vice-Chancellor.

An outstanding researcher in the field of late 19th and early 20th century American literature and culture, Professor Beer is also extremely well known and respected in the higher education sector for the national leadership roles she has undertaken.

She is Chair of the Equality Challenge Unit and has previously been an Arts and Humanities Research Council (AHRC) panel member.

“I have strong links with the North West, so to be invited back to the region to lead the world famous University of Liverpool feels truly special to me”
Her track record in leadership and management is also well established.  She has led Oxford Brookes University successfully since 2007.

Professor Beer said: “I have strong links with the North West, so to be invited back to the region to lead the world famous University of Liverpool feels truly special to me.

“The University is a centre of excellence in research and teaching with the dynamism and power to transform lives.

“The University, like the city, has many unique advantages, and the real potential to build on its history and recent successes to develop, grow and improve in ways we can all be proud of.

“I am looking forward to meeting its committed and talented staff in the New Year, and inviting them to join me on the next exciting stage of the University’s journey.”

David McDonnell, President of the University’s governing Council, commented: “We are delighted to have appointed Janet to be our next Vice-Chancellor; to have someone with her drive, vision and ability as VC will stand the University in good stead for years to come.

“I have no doubt that Janet will take Liverpool forward as a world-leading university, building on its global reach, while ensuring it remains true to its history at the heart of the city of Liverpool and the region.”