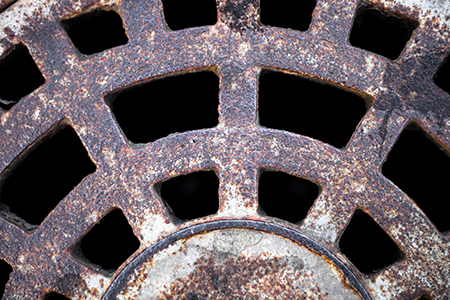 “The amount of water at the Earth’s surface is pretty constant, but in many parts of the developed world we are running out of the right sort of water, and our ability to access it. The severe water shortages experienced in California and the southwestern US, in Australia, and even parts of the UK show we need new methods for ensuring a clean water supply.

One is to produce high quality water from wastewater, something that is improving all the time. While this could help relieve the strain on water supplies, public attitudes to the idea of using water that is recycled from sewage and other wastewater streams for drinking and domestic use is the more significant barrier.

The treatment and reuse of “grey” water (waste from baths, showers, washing machines and so on) for non-drinking uses such as irrigation is already widespread. But as the demand for water grows and supplies continue to dwindle, more and more attention is being paid to “black” water – in simple terms, sewage.

Technological advances and environmental regulations have made the production of very high quality water from black wastewater streams not just feasible, but increasingly an economic and political necessity. The challenge facing water engineers now is arguably just as significant: convincing the public to accept sewage water recycled in this way for mainstream domestic consumption.

Public attitudes as hard as the water

Let’s be clear. Untreated sewage is dangerous stuff, responsible throughout history (and all-too-often still today for many communities worldwide) for more deaths, disease and misery than pretty much any other single cause.

Industrial wastewater treatment is rightly considered one of the wonders of the modern world. Customers of modern water utilities companies expect reliable, high-quality water supply and removal as a given, to the extent that the majority have no idea where their water comes from, or goes to.

In practice, of course, wastewater discharged into the environment from one community has long become the source water for another community downstream – think Oxford, to Reading, to London in a chain along the river Thames. Urban myths about the number of people who have already tasted a Londoner’s tap water are deeply ingrained and somehow accepted. But when asked directly about the acceptability of recycled wastewater as a direct feed into potable supplies, attitudes harden.

In an Oregon State University survey in 2008, while a majority supported a specific water recycling proposal in principle, the percentage of people strongly agreeing with potential applications dropped to as low as 13% for uses associated with human contact or consumption, from around 55% for other industrial and municipal uses.

In a 2013 poll for The Guardian newspaper, 63% of respondents claimed they would drink recycled sewage water, but the context was broader and the question more hypothetical than in the Oregon study.

This psychological factor is important: like the fly in your soup, we are put off when a problem is placed close at hand. The key is to add steps in the process – discharging treated wastewater to the river before abstracting it again for drinking.

A 2012 Southern Water study suggests this approach would be acceptable, if the quality could be guaranteed. Recent evidence on the prevalence of antibiotic-resistant microbes in treatment plants highlights the need for ongoing technical development to combat emerging threats to health and environment. Other concerns lie around persistent organic pollutants such as pharmaceuticals, which may be concentrated by repeated recycling of black wastewater.

In striving to introduce recycled water systems, water engineers face the challenge of tackling real and perceived threats to water quality, mistrust of commercial utilities and government authorities, and a deep-rooted fear of contaminated water.

Ironically, climate change could be part of the answer. Wichita Falls, Texas, became in July 2014 the first place in the world to implement 50:50 mixing of directly recycled wastewater in domestic supplies. Residents are largely philosophical about their “potty water”, but then they’re experiencing the worst drought in 70 years with extreme restrictions on water use. In Wichita Falls, it’s state politicians and regulators rather than consumers that are the largest hurdles the scheme must jump.

Water resource managers occupy a shifting landscape between technological capability, political precaution, and public attitudes which can swing strongly and quickly. Navigating this difficult terrain while introducing engineering answers that work is complex, but the evidence suggests that trust is key to public acceptance.

In California, Israel, Australia and Singapore, environmental concerns, price incentives, fines and even national security have been used to convince people of the need to adopt wastewater recycling. Information campaigns, celebrity endorsements, aggressive branding and collaboration with trusted independent organisations are designed to reduce the yuck factor.

In the final analysis however, necessity and urgency are the most effective levers of opinion, as Wichita Falls appears to prove. Perhaps the real challenge for water engineers is to find a way to secure the infrastructure for resilient, sustainable water supplies almost behind the scenes, ready to press the button when circumstances drive public and politicians to accept the unacceptable.”

This article first appeared in The Conversation