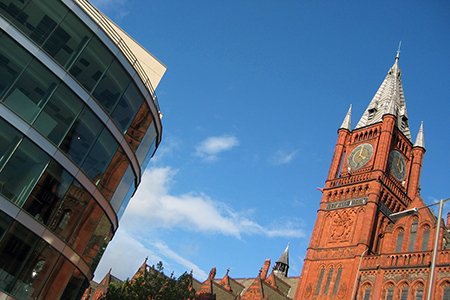 The University of Liverpool has maintained its position in the Academic Ranking of World Universities 2014.

Liverpool is ranked 101-150 globally and 9-17 in the UK, alongside Cardiff, LSE, Sheffield, Birmingham, Leeds, Nottingham and Southampton.

The guide focuses on six measures, assessing the performance of more than 1,200 universities and publishing the Top 500.

The University has moved up one place to equal ranked 9-17 as a consequence of Nottingham dropping out of the top 100 to a position equal with Liverpool (101-150).  Cambridge tops the Russell Group rank at fifth with Queens Belfast lowest at 301-400. Of the eight RG institutions ranked in the top 100, the biggest climber is King’s up eight places to 69.

Liverpool is ranked 10th for publications in Nature and Science, up from 17th last year.

In spite of climbing in the overall table, Liverpool’s lowest ranked measure is for Highly Cited (HiCi) research, ranked 19th above LSE, York, Cardiff, Newcastle and Queens Belfast. On average, the Russell Group has improved HiCi rankings by more than 20 places as result of the new methodology.

Liverpool has entered rankings in the Life Sciences and Engineering tables at rank 151-200 but has dropped out of the Science table.

For information about clearing and confirmation, visit http://www.liv.ac.uk/study/undergraduate/results2014/