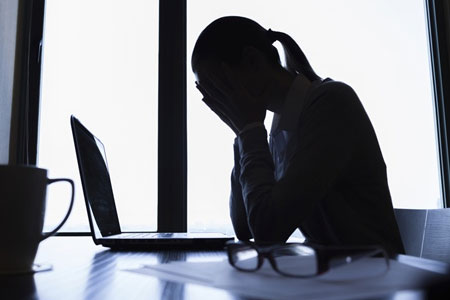 Research by the University of Liverpool suggests that, contrary to popular opinion, it can be good to feel bad at work, whilst feeling good in the workplace can also lead to negative outcomes.

In a Special Issue published in Human Relations, Dr Dirk Lindebaum from the University’s Management School, together with his co-author Professor Peter Jordan, developed a new line of study, and commissioned research to further explore the role of emotions in the workplace.

They found that the commonly-held assumption that positivity in the workplace produces positive outcomes, while negative emotions lead to negative outcomes, may be in need for reconsideration. This is partly due to this assumption failing to take into account the differences in work contexts which effect outcomes.

For instance, anger does not always lead to negative outcomes and can be used as a force for good through acting upon injustices. In some cases, anger can be considered a force for good if motivated by perceived violations of moral standards. An employee, for example, could express anger constructively after a manager has treated a fellow worker unfairly.

In such cases, anger can be useful to prevent these acts of injustice from repeating themselves in the future. Likewise, being too positive in the workplace, rather than resulting in greater well-being and greater productivity, can lead to complacency and superficiality.

”Anger can be considered a force for good if motivated by perceived violations of moral standards.”
One article within the Special Issue also finds that, within team situations, negativity can have a good affect, leading to less consensus and therefore greater discussion amongst workers which enhances team effectiveness.

An interesting contradiction is identified in another study of the special issue. Here, people derive satisfaction from doing `good’ in the context of helplines by providing support to people in times of emotional distress. However, they are negatively affected by their line of work due to people shunning them in social situations (e.g., since they might catch the emotional taint they attribute to the profession of the helpline workers).

Management expert, Dr Lindebaum said: “The findings of the studies published in this Special Issue challenge the widely held assumption that in the workplace positive emotions generate or engender a positive outcome, and vice versa.

This Special Issue adds to our knowledge and understanding of how the positive and negative dynamics affect the working environment and has practical application and relevance in the workplace.

‘When it can be good to feel bad and bad to feel good: Exploring asymmetries in workplace and emotional outcomes’ was edited by Dr Dirk Lindebaum and Professor Peter Jordan from the Griffith University in Australia, and is published in Human Relations, September 2014 (Vol. 67, Issue 9).

Find out more about taking a course in management on the University’s study pages or follow the School on Twitter.