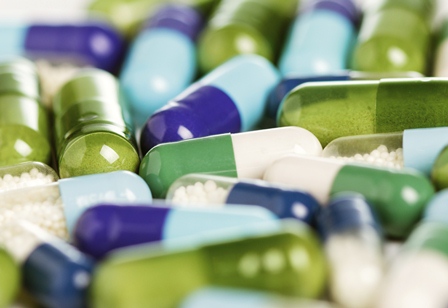 Designing a new medicine is an expensive and time consuming business.  Typically it takes around $2 billion and ten years for a new drug to move from its initial design in the lab, to the clinic. All the while malaria and tuberculosis kill approximately one person every 10 seconds.

Work at the University of Liverpool is helping to find new ways to speed up the drug discovery process, using molecular modelling to take much of the manual labour out of the initial stage of the ‘drug discovery pipeline’.

At their fundamental level drugs are molecules which react with minimum side-effects with the proteins which cause disease.  Traditionally, discovering the right molecules for the job has involved creating large numbers of compounds in a lab and testing each one.

However, a team led by Dr Neil Berry in the Department of Chemistry is working with colleagues both within Chemistry, and in the University’s MRC Centre for Drug Safety Science and the Department of Molecular and Clinical Pharmacology alongside collaborators at the Liverpool School of Tropical Medicine and Washington University, St Louis, to model and test new molecules in their millions on computers.

They’re specifically working on drugs for diseases such as tuberculosis, malaria and river blindness, elephantiasis and for the treatment of chronic pain.

“Many of the diseases we are concentrating on are prevalent in developing countries with limited healthcare budgets, thus any efficiency gain in developing drugs using molecular modelling has the potential to deliver novel therapies very effectively.”

Dr Berry said: “Resistance to current therapies for malaria and tuberculosis is growing all the time. Chronic pain affects more than eight million adult patients in the UK alone and current medication is only effective in around 40% of sufferers.

“These facts are startling and reflect the urgent need for novel drug treatments for these diseases. Our research employs computational molecular modelling in order to find solutions to these challenges.”

The process involves using models designed at Liverpool which predict the interactions between the molecules and their targets.  Instead of a molecule taking days or even weeks to be synthesised and tested, the computer will carry out the same process in seconds.

Once the best compounds have been identified by the software, they are then synthesised and tested in the laboratories of Dr Berry’s collaborators. Within the University is the MRC Centre for Drug Safety Science, which provides advice and support in making sure new molecules have minimal side-effects and can be progressed for further testing and trials.

Professor Kevin Park, the head of the Centre said: “While the computer modelling provides us with molecules more quickly, there is still a lot of work to be done in making sure these drugs are safe. However, cutting down the initial design stage means that compounds are reaching us much more quickly.”

“With added costs and time spent on developing drugs there is also the knock on effect on price,” Dr Berry concluded.  “Many of the diseases we are concentrating on are prevalent in developing countries with limited healthcare budgets, thus any efficiency gain in developing drugs using molecular modelling has the potential to deliver novel therapies very effectively. The ultimate benefit of using computing methods to accelerate the discovery and development of drugs is to save lives sooner and make it more affordable for more drugs to reach more people.”