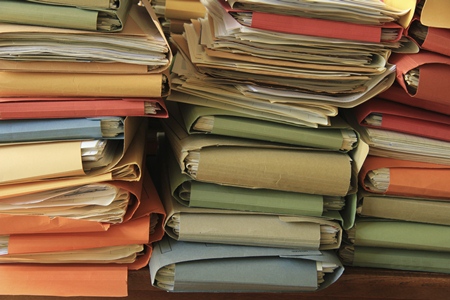 When we come to make sense of the recurring exploitation of children by their elders, conspiracy theories are tempting.

David Pilgrim is Professor of Health and Social Policy at the University of Liverpool’s School of Law and Social Justice.

The confirmation that 1,400 children were subjected to sexual exploitation over a 16 year period in Rotherham forms part of a wider picture of similar events.

The Catholic Church has still not worked out how to come clean about the wrongdoing in its midst without terminally destroying its reputation. Meanwhile, abuse by celebrities – including Jimmy Savile, Rolf Harris, Gary Glitter, Max Clifford, Jonathan King – has already created a set of deeply disturbing case studies. The British government’s twin inquiries into allegations of abuse by high-profile figures parallels a similar effort already underway in Australia.

When we come to make sense of the recurring exploitation of children by their elders, conspiracy theories are tempting. Many are already wondering if something peculiar about “the establishment” enabled the paedophile rings it contained. Others have wondered if the actions of the Rotherham gang can be compared to the other cases.

It is clear in all the recent high-profile examples of child abuse that collusion and complicity were commonplace.
Our reaction to these kinds of questions is distaste. It implies people act together to commit abuse because of their backgrounds so we avoid doing it. But groups of people do conspire, whether it is criminals plotting a bank robbery or journalists scheming for a salacious story.

When analysing the fine grain of shocking events like those that took place in Rotherham, we shouldn’t throw the baby out with the bathwater. We would do well to continue to look at the quite mundane human processes of collusion and complicity.

Psychoanalysts would point to collusive processes being unconscious defences to protect ourselves from anxiety or guilt and we quite consciously fail to take needed action about a problem if doing so puts our own interests at risk. If our career is in jeopardy, we might not interfere.

It is clear in all the recent high-profile examples of child abuse that collusion and complicity were commonplace. In Ireland the police passed on complaints about abusive priests to church authorities, instead of investigating them, and they turned away victims reporting crimes. In Rotherham the police knew about girls being abused and re-framed criminal acts with a minor as being about consensual sex.

In Leeds senior police officers knew of Savile’s conduct but did nothing. Elsewhere NHS managers and residential care workers allowed him repeated access to vulnerable people. In the BBC his colleagues knew of the repeated rumours but shrugged their shoulders.

These common psychological processes happen every day, with less serious consequences, when we turn a blind eye to discomforting events. But they also have a social context that we must acknowledge.

The story of Peter Righton is a prime example. Righton was a childcare expert and headed an inquiry on child abuse in Scottish children’s homes but was himself convicted of child pornography crimes and accused of abuse.

A BBC documentary about Righton revealed not just interpersonal complicity but a sort of social form of amnesia. Senior and respected academic social workers confessed in the documentary that they were not simply duped by a con man. Their lack of interference was heavily influenced by the fact that Righton was gay. Fear of accusations of homophobia inflected their misjudgement.

Similarly, in the Rotherham scenario, caseworkers, their managers and the police were inhibited, in some part, when dealing with clear evidence of criminal victimisation, by the fear of accusations of racism.

Politicians on the left and right have reacted to this complicity with indignation, as have the TV journalists interrogating the new police chief in the town. But an irony can be noted here. Both politicians and BBC staff have themselves been complicit in the past about covering up child sexual abuse. So many of us are potentially implicated in turning a blind eye that finger wagging must be done with some caution.

For abuse to go undetected in an organised system, two things are required. The abusers need to conspire, which means they have to develop a bond of secrecy and a norm of being furtive, deceitful, bullying and manipulative, as the need arises. And those getting wind of untoward events may, for a variety of reasons, fail to act or speak out.

The oft quoted view from Burke that “all that is necessary for the triumph of evil is that good men do nothing …” is not only contested in origin, it is also reductive. It is not all that is necessary. Evil flourishes because people do bad things and as a result of many psychological and social phenomena that we are uncomfortable discussing.

We need to think carefully about what makes people act together to commit crimes of this nature. Issues of sexuality, race and social background aside, understanding how people act as a group and what stops others from taking action to stop them are vital if we are to stop cases like Rotherham from happening again.

Further reading
The Liverpool View: The sexual norms of the 1970s