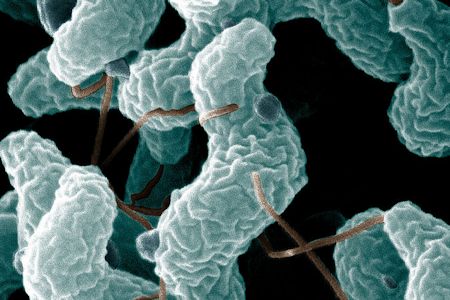 University scientists will show how Campylobacter impacts on human health

Scientists at the University of Liverpool’s Institute of Infection and Global Health will showcase their research on Campylobacter, the UK’s leading bacterial cause of food poisoning, as part of a family-friendly event at Liverpool’s World Museum.

The exhibit, called A Twisted Bug’s Life, is funded by a BBSRC science communication award and will be part of the Great British Bioscience Festival showcasing the best of British bioscience in its 20th anniversary year.

Activities on offer include a giant inflatable human gut, which visitors can walk through to learn more about Campylobacter infection, including its symptoms and how the immune system responds.

Interactive games and demonstrations will raise awareness of the roles that food and environmental pathways play in infection, and how by following some simple food safety rules you can reduce the chances of getting ill.

”A variety of entertaining and engaging exhibitions will be on offer, highlighting the best of world-leading bioscience research.”
There will also be a chance for visitors to directly contribute to research by taking part in a hazards perception video challenge to help scientists understand whether or not people are aware of microbiological hazards in the kitchen and the countryside. The challenge has been developed by colleagues at the University of Manchester as part of The ENIGMA Project, a large collaborative programme of Campylobacter research being led by the University of Liverpool.

Dr Elli Wright, who is the lead researcher co-ordinating the exhibit, said: “We would like to raise awareness of Campylobacter infection amongst visitors and dispel some food safety old wives’ tales by, amongst other things, teaching people to wash their hands not their chicken! We will be presenting our work in a fun and interactive manner, to make our message memorable in the home.”

On 14-16 November, the exhibit will be heading to Museum Gardens, Bethnal Green, London for the BBSRC’s Great British Bioscience Festival. The festival, delivered in partnership with London Science Festival will be open to the general public and will be free to attend.

Professor Jackie Hunter, BBSRC Chief Executive, said: “The Great British Bioscience Festival will be a unique chance for BBSRC and our scientists to bring awe-inspiring bioscience research to the public. A variety of entertaining and engaging exhibitions will be on offer, highlighting the best of BBSRC sponsored world-leading bioscience.”

A Twisted Bug’s Life is free and takes place on Saturday, 20 September, 11am – 4pm at World Museum, Liverpool.