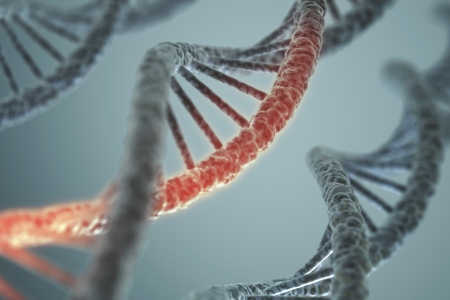 The way in which some cells alter their behaviour at the onset of osteoarthritis has been identified for the first time by researchers at the University of Liverpool.

The trigger for arthritis is still to be fully defined, but it is known that injuries, obesity or old age can all increase the risk for arthritis, and lead to cells in the affected joint altering their behaviour.

The research team from the University’s Institute of Ageing and Chronic Disease has now found that changes in the rate at which molecules in joint cartilage called mRNA are created and destroyed are fundamental to causing this change in behaviour.

These molecules act as a messenger – information from the DNA in cells is carried by mRNA to areas of the cells which create the proteins which carry out its function.

The findings show how the cells in joints stop working properly, leading to arthritis
By upsetting this balance – with more mRNA being destroyed – the cells cease to function as effectively.

Senior lecturer in orthopaedic sciences, Dr Simon Tew said: “Osteoarthritic cartilage cells have a significant number of genes whose mRNA is destroyed more rapidly than those in healthy cells. This affects some genes that we already know are involved in osteoarthritis as well as some that are less well studied.”

The researchers discovered this by comparing cells isolated from patients with osteoarthritis with those from healthy patients. The findings show how the cells in joints stop working properly, leading to arthritis and the researchers hope that by understanding this part of the process, new treatments can be developed which address the problem.

Dr Tew concluded: “We’ve not discovered the cause of arthritis, but this does shed light on the process of how the disease manifests itself.  To develop new drugs to treat one of the leading causes of disability requires the fullest possible understanding of the condition and this discovery is part of that overall picture.”

The study, ‘Transcriptome wide analysis of mRNA decay in normal and osteoarthritic human articular chondrocytes,’ is published in Arthritis and Rheumatism. The study can be read here.

Find out more about courses in this subject on the University of Liverpool’s Study pages or follow the Institute of Ageing and Chronic Disease on Twitter.