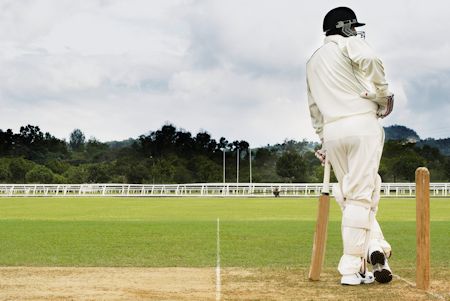 It has been a summer of contradictions for the England cricket team.  The glow of Ashes success in 2013 was extinguished during the disastrous winter in Australia and at the World T20 in Bangladesh.

It was followed by retirements, recriminations and changes to the team and support staff personnel. As Kevin Pietersen’s services were brutally dispensed with his old adversary, Peter Moores was reappointed to the coaching position. It all seemed so different to the relatively calm and successful days of the Vaughan, Strauss and early Cook eras.

The 2014 summer and the 2015 Cricket World Cup to follow in Australia and New Zealand would provide a ‘test’ (in every sense of the word) for the ECB’s Brave New World. The bright young things: Root, Balance Ali, Jordan and Robson were to be given their chance. Time would tell if they could deliver.

Sri Lanka was the early season visitor and was successful in all forms of the game. Their first test series victory on English soil was buttressed by a 3-2 victory in the 50 over one day series. They also prevailed in the one off T20 international. The pressure was starting to build on Bedford School’s finest, Captain Cook, and it would only increase once the Indians were in town.

The Indian team were led by their cricketer for all seasons, wicket keeper, Mahendra Singh Dhoni. Dhoni is captain in all three forms of the game: Test, 50 overs and T20 and is a hero to the Indian people having lifted the Cricket World Cup in 2011. If Cook wished to understand pressure he would need look no further than the man who led the hopes of the Indian nation and their population of 1,236,344,631.

The Indian team have toured England since 1932 and have rarely won a Test series in this country. Their only success came in 1986 under the captaincy of Kapil Dev, their greatest all-round cricketer. Their last visit in 2011 saw them outclassed losing the series 4-0.  The England team of 2014 was a team in transition and provided an opportunity for Dhoni to emulate Dev.

A positive start for India

The series started well for India. A staid draw in Nottingham was followed by victory at Lords and England’s poor form seemed unending. The pressure on Captain Cook intensified. Resignation was not just the mood pervading English cricket, many encouraged Cook to see it as his next step. He battled through and received rapturous applause from a packed out Southampton crowd in the third test as his form returned and the tide started to turn.

Three weeks later India had been submerged. Their 2011 test capitulation form against the moving ball returned and England turned their season around with three emphatic wins. Root, Ballance, Ali, Woakes and Jordan supported the peerless Jimmy ‘Burnley Lara’ Anderson and a rejuvenated Captain Cook, Stuart Broad and Ian Bell. Joss Butler came late to the party but he brought his one day game with him. All was happy in the ECB House of Lords.

Although Test Cricket has been the apex of international cricket since the first test match in Melbourne in 1877, since 1963 one day cricket has swelled the coffers of many counties.  One day cricket replicates (to a degree) what club cricketers have played for decades. 60, 40, and now the established 50 overs cricket formats have all proven very popular and have created new markets not least the new kid on the block: 2020 cricket.

Looking toward the World Cup 2015

At international level it only first saw light in 2005 and since 2007 five World T20 competitions have already taken place with the last being in Bangladesh earlier this year. Most countries have their own domestic competition with the biggest being the Indian Premier League (IPL).

The IPL has played its part in increasing India’s power within world cricket and perhaps partially explains their poor test form away from home as India like many other countries appear to be milking the one day cow at the expense of the longer, more traditional five day test cricket. 2020 has been a huge part in what can only be described as a cricketing revolution.

The next world one day cricketing extravaganza to keep the cash flowing into the coffers of the International Cricket Council (ICC) will be the Cricket World Cup taking place in Australia and New Zealand in early 2015.

England started their preparations following the successful test series with India with a four match series against the same opponents. The highs of the Test series were replaced immediately with some quite deep lows as India won the series 3-0 with something to spare.

Captain Cook found himself under pressure again (not least from his ex team-mate and now media pundit, Graham Swann) as his one day form and that of most of his team mates was execrable. The gap between the two teams was enormous and the doom merchants appear to want anybody under the age of 25 selected on the basis they have not failed at the highest level…yet.

England are, however, leaving little to chance (some may say) as a seven match series in Sri Lanka later this year is followed by a triangular series with India and Australia in Australia prior to the World Cup.  Hopefully we will be ready to compete at the highest level following such a testing itinerary not least in conditions that will be challenging.

The vicissitudes of England cricket since summer 2013 have been remarkable. At test level we have progressed through:  Ashes victory, Ashes humiliation, Sri Lanka loss and an India come back.

At one day level we have at least been consistent: consistently bad. The changing of the guard has left them with an inexperienced team and a Captain constantly striving to stay in charge. The composition of England’s squad for that World Cup is anything but certain and you would get very good odds on England repeating their unexpected World T20 success of 2010 in the West Indies.

India is the holder and is heavily favoured to retain the trophy they won magnificently against Sri Lanka in Mumbai in 2011. Only a fool however would rule out an Australian team playing on home soil. I am not one of those fools!