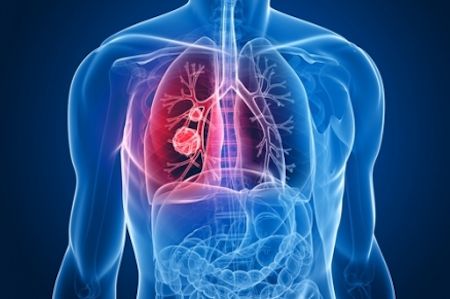 Subtle genetic changes can be detected in the vapour given off by cells engineered to mimic the early stages of lung cancer, according to research published by the University of Liverpool.

The findings could potentially be used to develop a breath test that doctors could use to identify high-risk patients that could benefit from regular CT scans, or to detect specific mutations within patients’ tumours that could help guide treatment.

Lung cancer kills over 35,000 people a year and is the biggest cause of cancer death in the UK.  The disease has one of the lowest survival rates of any cancer because many patients are diagnosed at a late stage, when it is not possible to cure them.

Researchers, from the University and the Technion-Israel Institute of Technology, looked at cells taken from the lining of the airways that had been engineered to carry different genetic faults linked to early stage lung cancer.

They developed a technique for analysing the vapour inside the container in which the cells were growing and showed it was capable of distinguishing which of two different genes were faulty in the cells.

Dr Mike Davies at the University’s Roy Castle Lung Cancer Research Programme, led the study in collaboration with Professor Hossam Haick at the Technion-Israel Institute of Technology, whose team developed the technology behind the test.

Dr Davies said: “These findings tell us that it’s theoretically possible to develop a test that could diagnose early lung cancer in the breath of patients.

“There is an urgent need to diagnose lung cancers earlier, when treatment is more effective. This is a potential step towards developing a handheld device that could aid lung cancer screening and diagnosis.

“It could also be used to help match patients to the right treatment by providing doctors with a snapshot of the genetic makeup of their individual tumour. But first we need to do further tests with the breath of real patients to see whether this method can accurately diagnose genetic changes in growing lung tumours.”

Nell Barrie, senior science information manager at Cancer Research UK, said: “These early results raise the prospect of a cheap, effective test to diagnose lung cancer. We are still a way off from the large scale trials, however, that is necessary before this technique could be used widely.

“Lung cancer is extremely difficult to treat, but when diagnosed at its earliest stage around 70 per cent of patients will survive their disease for a year or more, compared to 14 per cent when the disease is diagnosed at its most advanced stage.

“Any test that could potentially diagnose the disease earlier would be good news for patients. In the meantime, anyone with a persistent cough, shortness of breath or blood in their phlegm should see their GP as soon as possible.”

The research, Unique Volatolomic Signatures of TP53 and KRAS in Lung Cells, is published in the British Journal of Cancer.