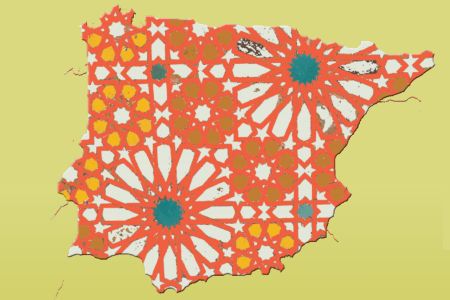 The University’s Department of Cultures, Languages and Areas Studies is celebrating the cultural and linguistic diversity of the Iberian peninsula and the Luso-Hispanic world with a series of workshops, films and exhibitions in association with local cultural partner, FACT.

The 6th annual E Allison Peers Symposium will take place during Iberian week on Wednesday 15 October and Thursday 16 October and it will explore the theme of `Crossing Borders, Crossing Cultures’.

Bárbara Palomino will present `Memoria histórica de la Alameda’, a site-specific and participatory project conceived and developed in Santiago, Chile in 2005.  It deals with Chilean memory, from the start of Allende’s democratic government in 1970 through to the end of Pinochet’s dictatorship in 1990.  This will be on display in The Box at FACT from 12pm – 5pm on Tuesday, 14 October 2014.

Marina Zerbarini will present `Tejido de memoria’ which looks at the reconstruction of past political stories in Buenos Aries through images, texts and sounds. This is on display on Wednesday, 15 October from 12pm – 8pm.

‘Linha de Passe’, a Brazilian film which portrays modern day family life in Sao Paulo, will be screened on Friday, 17 October at 10am in the lecture room in 8 Abercromby Square.

University Lecturer in World Cinema, Dr Tiago de Luca, will introduce the film which is directed by Walter Salles (who also directed `The Motorcycle Diaries’) and Daniela Thomas.

Other activities which will take place during Iberian week include a radio show by Emeritus Professor of Hispanic Linguistics, Roger Wright, who will play requests from Hispanics staff and students.

Iberian week will come to a close at the end of the week with a Salsa class which will be held at 1pm on Friday, 17 October in the foyer of the Cypress Building.

Dr Chris Harris, Head of the Department of Cultures, Languages and Area Studies, said: “Iberian Week 2014 is an absolute treat for Liverpool students and staff as well as for the general public.

“There is something to appeal to everyone: from the stimulating complexities of visual and cybercultural aesthetics to a student Twitter fiction contest; and from the urgent politics of Catalan nationhood to Roger Wright’s radio request show and the sensuous rhythms of Latin dance.”

Iberian week is supported by the Office for Cultural and Scientific Affairs of the Embassy of Spain in London.

For a full programme of events please visit the webpage.