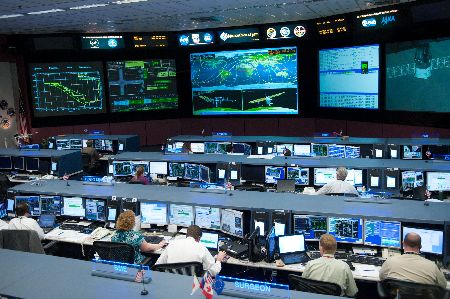 Professor Malcolm Jackson is Head of the University of Liverpool’s Institute of Ageing and Chronic Disease.

“I have recently returned from NASA in Washington DC, having chaired a panel of experts tasked with evaluating projects that have been submitted for research programmes on the International Space Station (ISS).

The European Space Agency collaborates with NASA and other international space agencies to sponsor research undertaken on the ISS.

The agencies have sought applications for work to be undertaken on the ISS in different areas including the role that gravity plays in biological processes at the molecular, cellular, organ and whole organism level, as well as scientific support for long-duration human space exploration and applications to health issues.

Particularly relevant in this latter area are the well acknowledged losses in bone and muscle mass that occur with extended microgravity and which must be addressed before the proposed Mars missions by NASA. Such prolonged missions will also introduce many different biological problems, such as the effectiveness of wound healing in prolonged zero gravity should astronauts become injured for example.

Following this, I was proposed by the European Space Agency to chair a joint NASA/ESA and Japanese Space Agencies panel evaluating the projects submitted from around the globe. Many of the proposed projects are in the musculoskeletal area which is an area of research strength for the Institute of Ageing and Chronic Disease at Liverpool.

Applications were graded and ranked on scientific quality and those that are supported will undergo a ‘feasibility evaluation’ to examine practical aspects of their implementation on the ISS research programme from 2017.”