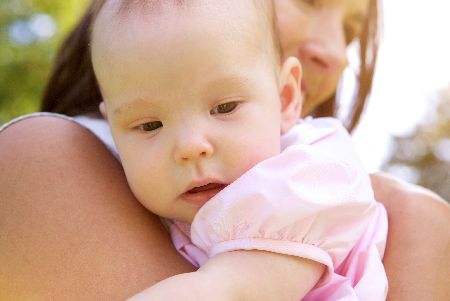 Scientists at the University of Liverpool, King’s College London and the University of Manchester have found that an infant’s preference for a person’s face, rather than an object, is associated with lower levels of unemotional behaviours in toddlerhood.

The study, published in Biological Psychiatry, assessed if five-week-old infants spent longer tracking a person’s face compared to an inanimate object – in this case a red ball.

The researchers showed that greater tracking of the face relative to the ball was linked to lower callous unemotional behaviours, measured using questionnaires when children were two and a half years old.

The study also showed that if a mother responds more sensitively to their baby during playtime, then the child is less likely to display this type of behaviour.

Callous and unemotional behaviours include a lack of guilt and empathy, reduced concern for other’s distress and difficulties with understanding emotions. In older children and adults, callous unemotional traits have been associated with reduced attention to important social features such as other people’s faces and eyes. This study is the first to examine whether such a relationship is present from the first few weeks of life.

Dr Helen Sharp, Senior Clinical Lecturer in the University of Liverpool’s Institute of Psychology, Health and Society, explains: “Our study has carefully charted the development of a large cohort of children from pregnancy  to age five so far, with the aim of identifying key social, emotional and biological processes that contribute to the development of early behavioural problems.

“These novel findings first require replication, but if established they may well inform the development of early clinical interventions.”

This is the latest finding from the Medical Research Council (MRC) funded Wirral Child Health and Development Study, an ongoing interdisciplinary investigation into the interplay of social and biological factors in the emotional and cognitive development of children. The children are currently being followed to test whether face preference in infancy can predict callous unemotional behaviour through to middle childhood.

Dr Rachael Bedford, a Sir Henry Wellcome Postdoctoral Fellow at the Biostatistics Department, Institute of Psychiatry, Psychology and Neuroscience, King’s College London, says: “Callous and unemotional behaviours in children are known to be associated with an increased emotional burden on families as well as later criminality and antisocial behaviour.”

Dr Jonathan Hill, University of Manchester, added: “Whilst our findings are interesting, we need still to establish how stable callous unemotional behaviours are in early childhood. Our study will contribute significantly to establishing how these early indicators may affect children in later life.”

‘Reduced face preference in infancy: a developmental precursor to callous-unemotional traits?’ is published in Biological Psychiatry.