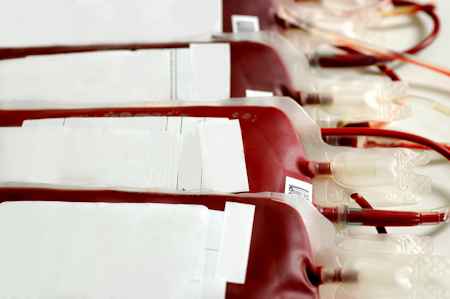 The University of Liverpool is part of an international research team that will assess whether the blood or plasma of Ebola survivors can be used to treat Ebola patients in West Africa.

The research team will receive over £2million from the European Union (EU) to evaluate the safety and efficacy of blood and plasma donated by people who have recovered from Ebola.

Using blood or plasma from recovered Ebola patients was identified by the World Health Organisation (WHO) as one of the most promising strategies for treating the disease and is a priority for urgent evaluation.

As a result of the current outbreak, there are substantial numbers of Ebola survivors available to donate blood. Survivors of Ebola have antibodies in their blood which have developed specifically to deal with the virus.

The use of convalescent blood and plasma will be trialled in Guinea, West Africa, in November by a consortium led by Dr Calum Semple from the University of Liverpool’s Institute of Child Health based at Alder Hey Children’s Hospital and Dr Johan van Griensven of the Prince Leopold Institute of Tropical Medicine (ITM) Antwerp.

Dr Semple said: “Convalescent plasma therapy is a medical intervention which has been used for a long time to treat other diseases safely. We want to find out whether the Ebola plasma will work, is safe and can be used to reduce the number of deaths in the present outbreak.”

Johan van Griensven added: “Ebola survivors contributing to curb the epidemic by donating blood could reduce fear of the disease and improve their acceptance in the communities.”

The project is funded by the European Union and supported and guided by the WHO, the International Severe Acute Respiratory and Emerging Infection Consortium (ISARIC) with additional support from The Wellcome Trust enabling unparalleled international collaboration across the public, private and not-for-profit sectors to tackle the Ebola emergency.