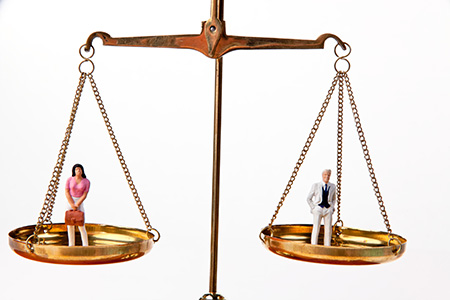 “In 1967, I worked in a chicken factory and in those days women were paid £9 and men £15 a week for the same hours and the same work.  It’s only fair, they said, as men had to support a family.

Of course, those days are long gone – but are they?

Women now have to work to maintain family income at the most basic level or to meet the benefit restrictions imposed on lone parents by welfare ‘reform’ legislation. According to recent research by the TUC, one third of women in the North West region currently work part-time and earn less than the minimum wage.

They calculate that the gender pay gap means that for every £1 earned by men in full-time employment women earn 66p.

”Women’s labour is not preventing their children slipping into poverty. By 2011/ 2012, twice as many children lived in poverty in working households than in workless households”

And women’s labour is not preventing their children slipping into poverty.

The Government’s Social Mobility and Child Poverty Commission has revealed an enormous rise in poverty among working families. By 2011/ 2012, twice as many children lived in poverty in working households than in workless households.

Furthermore, income levels rather than hours of work are the best predictor of child poverty as full-time work is not a sufficient guarantee of evading poverty.

The majority of women’s employment is low paid and according to the Fawcett Society, 63% of those earning less than £7 an hour are women.

The gap between the wealthy and the rest of the population has been growing in the UK since the 1980s and currently the top 10% own 100 times more than the bottom 10%  – and women are at the bottom of that pile.

So, clearly the income inequality that faced me in 1967 has not disappeared and, it could be argued, is now even more destructive to us all in a society where the rich are getting richer and the poor are going to the wall.”