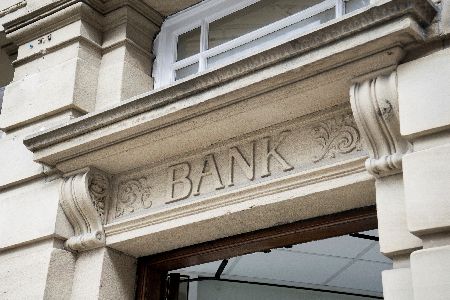 “Regulators in the UK and US are fining five high street banks for attempting to manipulate foreign exchange rates. Together they have been told to pay £2 billion in compensation following a year-long investigation into concerns that the foreign exchange market was being rigged.

A Serious Fraud Office investigation continues into the individuals involved in the Forex scandal.  Those developments follow an announcement by the UK’s Serious Fraud Office that it is investigating accounting practices at Tesco. All this comes as the law enforcement system begins to creak audibly under the weight of the work it is charged with carrying out.

Speaking after the fines were announced, Martin Wheatley, head of the Financial Conduct Authority said the individuals involved will “feel the consequences”.  In this case they may well do, but experience tells us that the consequences for those at the top of banking and the average person are often rather different.

The convictions that have led to the doubling of the UK prison population since the 1980s, are certainly not the convictions pursued by the Serious Fraud Office or brought to light by the Financial Conduct Authority. The overwhelming majority of custodial sentences handed down by the courts in England and Wales are for low-end property-related crimes such as burglary, robbery, theft, handling stolen goods, fraud and forgery. Last year, the Crown Prosecution Service prosecuted just under 40,000 burglars while the SFO apparently had the resources to prosecute just 20 people.

The way different social groups are policed — or not — betrays a bias at the heart of our justice system. It is not a bias that can be explained by individually corrupt judges or a lack of commitment on the part of the regulators that are charged with our protection. It is a bias that is embedded in a political system that has supported rapidly rising social inequalities for more than four decades.

We don’t tend to value or praise those who work at the frontline of regulating corporate greed anymore, people like environmental quality officers that monitor air and water pollution or the food safety inspectors who ensure we are not sold diseased meat products. Neither do we value those charged with protecting workers from profit-oriented employers in the same way that we value other public servants.

Instead of seeking to redress this, the current government frequently claims that business is over-regulated and health and safety has gone mad. Yet consecutive governments have, since the 1980s, waged war on red tape and stripped away regulations that threaten corporate profits.

Despite powerful evidence that the undermining and dilution of regulatory standards was a key factor in the 2008 great financial crash, regulators have been under constant government pressure to go easy on the corporate sector.

Tesco and the banks that are being fined are far from the only ones in the spotlight. The Serious Fraud Office is currently involved in investigating pharmaceutical company GlaxoSmithKline, where several executives are serving suspended sentences for bribery, and Rolls-Royce, which is being investigated for bribery in Indonesia and China.

And yet, the office has been under incredible political pressure. In recent weeks, it has been reported that home secretary Theresa May is considering shutting it down and bringing it under the control of the National Crime Agency.  This instability is compounded by financial pressure. The Serious Fraud Office’s annual budget has been cut from around £52m in 2008 to £36m in the last financial year. The agency’s budget is dwarfed by the funds allocated to the National Crime Agency, which gets around 10 times as much funding.

As public sector cuts continue to be made, we need to protect and value some public officials above others. There are some public officials that can provide a challenge to the searing impact of social inequalities. They include those working at the Serious Fraud Office, the Health and Safety Executive and the Environment Agency, not to mention the legions of local authority regulators decimated by the most recent public sector cuts.

There has recently been a fierce debate on the failure of the government to ring-fence or protect police forces from public sector cuts, fuelled largely by the Police Federation. But where is the fierce debate on ring-fencing and providing adequate resources for state agencies that are supposed to protect us from predatory villains in the upper echelons of the social hierarchy? Where is the fierce debate about the apparently virulent outbreak of high-end corruption cases in the corporate sector? It is time we started to think more seriously about how to properly resource and re-invigorate the public agencies that protect us from corporate greed. One thought on “The Liverpool View: Banks fined £2bn but elite continue to evade justice”