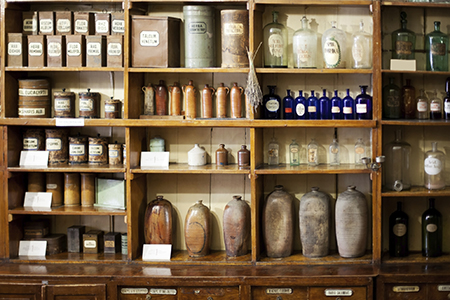 Dr Richard Barrett-Jolley is a Senior Lecturer covering Veterinary Neuroscience, in the University of Liverpool’s Institute of Ageing and Chronic Disease

“Rapamycin is an old immunosuppressant drug that is now being re-investigated for its so-called ‘anti-ageing’ properties, not only for us but also, as reported recently in all the newspapers, for our canine companions (see Nature report on University of Washington in Seattle study).

So I ask myself; will a pill to increase lifespan really help us and will it help our dogs?

On the face of it, stopping the ravages of time seems a good idea. There are, as a consequence, lots of putative anti-ageing compounds under investigation at the moment. “Anti-oxidants”, curcumin (the chief component of the spice turmeric), green tea extracts, and my personal favourite resveratrol (found in red wine) are all under investigation, but my excitement is in our increasing understanding of how and why we grow old, rather than any marginal longevity gain with some “nutraceutical” or another.

The objective should surely be to increase our understanding of the mechanisms of deterioration rather than to just pump ourselves (and now our pets) with herbal remedies or other chemicals and play “Last Man Standing”.

A question that many ask is; is it even a good idea for us to interfere with such a fundamentally natural process as human ageing?  My answer is ‘yes’, obviously, because whilst there are occasional scare stories suggesting people will live for 1000 years and the planet will be completely coated by humanity several layers thick… most people researching ageing are actually researching disorders associated with ageing such as frailty, osteoarthritis, Alzheimer’s Disease, for example.

The aim is to deliver a better quality of life rather than some miserable immortality.

Trialling these drugs in dogs first is a sensible idea though. They are reasonably safe, although nothing is entirely without risk and mechanisms of ageing are similar between animal species, but are essentially sped up in mice and canines.The study should therefore return data far quicker than it would come back from a human study and it negates the need for some laboratory animal experiments.

”Most people researching ageing are actually researching disorders associated with ageing such as frailty, osteoarthritis and Alzheimer’s, for example. The aim is to deliver a better quality of life rather than some miserable immortality”

Generally, with notable exceptions, animal life is proportional to size, with tiny mammals surviving only a couple of years and us larger animals lasting for decades.  With dogs themselves, it’s generally the other way around though.

The 1999 multi-breed study by the Animal Health Trust found that, again with exceptions, smaller dogs tend to significantly outlast larger breeds.  In fact the short-life expectancy of many breeds is shocking to many people.

The Kennel Club is inching in the right direction, but one might hypothesise this is largely under continuing pressure from the paradigm shifting BBC docuxposé “Pedigree Dogs Exposed” aired in 2008.

For us dog fanciers, dogs contribute so much to society already; from companionship to finding people in avalanches or earthquake building collapses.  From assisting people with disabilities to protecting us at airports by sniffing out people with explosives and other bad guys.

Most recently, it has become evident that dogs can help with human health too. Dogs can most assuredly detect certain diseases with their exquisite sense of smell and, ironically, they encourage exercise and activity in people; activity being the anti-ageing therapy with the very strongest evidence base of all!

So now, they are helping us to develop drugs to increase our own longevity and for this, their reward will be, potentially, a small increase in their own life spans.

Let’s not kid ourselves this will be some sort of advance for canine health though.  In mouse studies, really large doses of rapamycin increased longevity by about 9% for male mice.  Perhaps we can hope for an increase of 5% or more in dogs?

To us humans, a 5% increase could be a really big deal, a few years of (hopefully) happy healthy life. …but to dogs? Well consider the poor old Irish Wolfhound.  Median life expectancy 6.2 years. Increasing this by 5% equates to just a few months.

So will the collective doghood thank us for this when simply out cross breeding certain pedigrees could increase their longevity by about 50% at a stroke? I expect so, because they love us back whatever we do to them.”