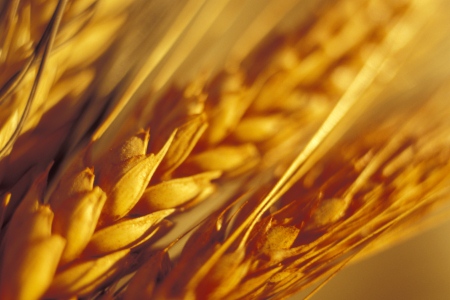 The University of Liverpool has been awarded £1.2 million to lead a UK and India research collaboration aimed at accelerating the breeding of new drought tolerance wheat varieties.

The project, in partnership with the Centre for Genomic Research, Rothamsted Research Institute, the University of Lancaster, and the Indian Directorate of Wheat Research, looks to develop crops suitable for a changing climate and to produce more food with fewer inputs.

The research is part of a wider £5 million funding scheme from the UK’s Biotechnology and Biological Sciences Research Council (BBSRC) and matched resources from India’s Department of Biotechnology (DBT).

Food security is recognised as one of the major global challenges of the 21st century.  For wheat growers internationally, particularly in India, one of the key issues is drought. Farms cannot always guarantee a good harvest with major implications for the livelihoods and household food security of small-holder farmers and the wider community.

Professor Anthony Hall, from the University’s Institute of Integrative Biology, said: “Our project will build on our new understanding of the wheat genome. We have developed new methods to rapidly uncover the genetic variation in wheat.

Throughout the last century improvements in drought tolerance have come through breeding crops that grow in such a way that drought and drought sensitive stages of growth do not coincide. There is however, huge potential to breed new varieties capable of maintaining stable yields in drought conditions.

Prof K. VijayRaghavan, Secretary, Indian Department of Biotechnology, Ministry of Science and Technology, said: “Partnerships between the UK and Indian researchers aims to improve crop production addressing problems of disease and drought in crops, using pooled knowledge to improve both quality and quantity of food produce.”

The collaboration should also result in highly trained researchers in India and the UK capable of applying new genetic approaches to food production. Through outreach work, the team will engage with other researchers and stakeholders and apply this methodology to other traits in wheat and different food crops.

“Advances in sequencing, genomic and bioinformatic tools enable us to improve crops more rapidly than ever before to facilitate the step-change in agricultural productivity that will be required to feed the world sustainably.”