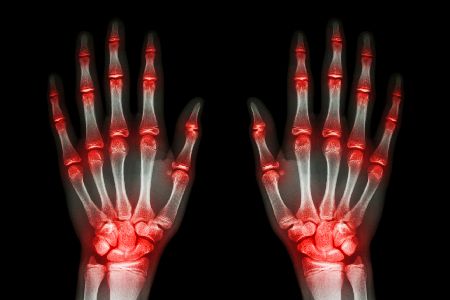 Researchers at the University of Liverpool have shown for the first time that the majority of patients with Complex Regional Pain Syndrome (CRPS), a severe post-traumatic pain condition in the limbs, have specific blood-antibodies that may activate the condition.

CRPS is associated with regional pain, and sensory, bone and skin changes. The causes of CRPS, however, are yet to be fully understood.

The team examined the blood from patients who had previously participated in a trial on an immune treatment for CRPS. Researchers anticipated that they might find blood-antibodies in approximately 25% of patients, but unexpectedly, they detected evidence for abnormal antibody activity in almost two thirds of study-participants, suggesting that having these antibodies is the ‘rule’ rather than the exception.

Healthy volunteers, patients with other types of chronic pain, or with established autoimmune disorder, did not have these blood-antibodies.

The findings add further evidence to recent studies, including Liverpool research, suggesting that this particular severe chronic pain condition may be autoimmune in nature.

Dr Andreas Goebel, senior lecturer in pain medicine at the University’s Institute of Translational Medicine, explains: “These findings are notable, because the patients had been suffering from the CRPS for several years. It has frequently been assumed that at such a late stage in the condition, when visible disease signs, such as swelling, abnormal hair growth or temperature changes in the limb, are less strong, the ongoing pain may be solely due to brain nerves remembering the initial pain of a trauma.”

“Our research suggests that antibodies may be involved in causing short term, as well as longstanding CRPS. Removal of CRPS serum-antibodies could be therapeutic even in these progressed cases.”

The next stage of the research is to investigate how antibodies may contribute to causing and sustaining CRPS.

The research is published in PAIN, a journal of the International Association for the Study of Pain.