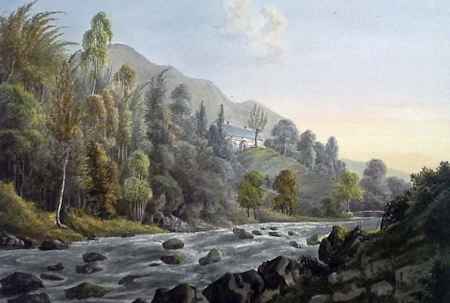 An exhibition exploring the life of Dorothy Wordsworth, the sister of literary figure William Wordsworth, is to open at the Victoria Gallery & Museum (VG&M).

`Dorothy Wordsworth: Sister Writer Friend` features diaries, journals, personal letters and memorabilia which give an insight into her life and her relationship with her better known brother, William.

Dorothy and William’s early years were beset with tragedy; their mother died in 1778 and their father in 1783. After their mother’s death they grew up separately, Dorothy living with relatives in Halifax, and they did not meet again until 1787.  Dorothy longed to be permanently reunited with her siblings, particularly William, to whom she was particularly close.

From 1795 Dorothy and William shared a home and found a settled existence in the Lake District, travelled together and wrote about experiences, often mutual. Dorothy continued to live in William’s house after his marriage to Mary Hutchinson in 1802, providing care for his five children and support for William’s writing.

Many treasures from the Wordsworth Trust collection in Grasmere are on display in the exhibition including one of Dorothy Wordsworth’s Grasmere Journals (her most celebrated diary), her original accounts of her tours of Germany, Scotland and the Continent and Mary Wordsworth’s wedding ring. Visitors to the exhibition will find out why this ring was particularly significant for Dorothy and her brother, William.

Matthew Clough, Director of the Victoria Gallery & Museum said: “Dorothy’s creativity is often obscured by her brother’s greatness. Their lives, however, were entwined, and an element of William’s inspiration and success stemmed directly from his sister.

“Dorothy was a remarkable individual, widely read and a significant writer. She was both a muse to and supporter of her celebrated brother, with whom she shared an uncommonly strong bond.”

“The University and the Victoria Gallery & Museum are delighted to be continuing to work in partnership with the Wordsworth Trust. This exhibition has grown out of an on-going relationship which we hope will bear further fruit in the future.”

The exhibition, which runs until Saturday, 25 April 2015, is accompanied by an extensive events and education programme, with some elements delivered by the Wordsworth Trust.