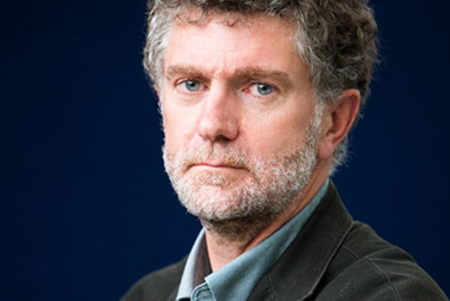 Jonathan Powell, Britain’s former Chief Negotiator on Northern Ireland, will discuss his new book, Talking to Terrorists at a University of Liverpool public lecture on December 16.

Jonathan, who also served as former Prime Minister, Tony Blair’s Chief of Staff for 13 years, will make the case for engagement alongside military action, against a background of increasing hostilities from Syria to Iraq, and South America to South Asia.

Stating “political problems must be resolved politically, not militarily”, Jonathan says his book is a “how-to guide for governments and military groups”.

He said: “What annoys me is that nobody ever seems to remember what happened before. That’s really stupid and a lot of people die as a result. If one person is spared because of this book, I’ll be really pleased.”

Appointed Honorary Visiting Professor in the University’s Institute of Irish Studies in 2013, Jonathan is now CEO of the charity he founded, Inter Mediate. The organisation seeks conflict resolution and reconciliation through dialogue and mediation, between groups and governments across the globe.

Jonathan said: “If people think they can resolve issues just by fighting, they are going to be sorely mistaken.

“People did that and it gets to this stage when the military stuff hasn’t gone as well as planned, and they think ‘one last heave and we’ll get the problems solved.’ And when they get to that stage, they start trying to talk again.”

While also citing the likelihood of “unintended consequences” through an overly military approach, Jonathan says he does believe military action remains a crucial component of any successful engagement.

Referencing Islamic State, Jonathan says they would continue to take “more and more territories” without confrontation but that ultimately that approach alone “is not going to solve the problem. You have got to deal politically as well as militarily”.

He says progress is being made in Columbia, the Philippines and El Salvador, amongst others, through the adoption of a more open approach.

In his book, Talking to Terrorists: How to End Armed Conflicts Jonathan goes into detail about his and others’ experiences attempting to resolve conflicts, usually well out of the public spotlight.

He added: “Getting people to talk to each other makes the biggest difference and so I’ve decided to spend the rest of my life doing it.”

Jonathan Powell on Talking to Terrorists: How to End Armed Conflicts takes place on Tuesday December 16 at 6pm in the Eleanor Rathbone Building. Tickets are free but booking is advised.