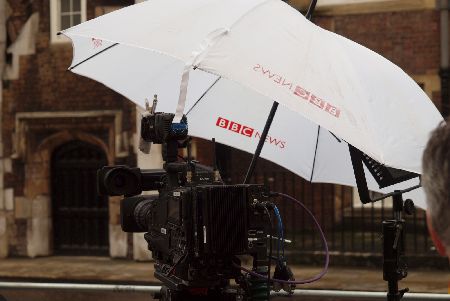 In the past week, the BBC has been under sustained attack. Its reporting of the Chancellor’s Autumn Statement was branded as ‘totally hyperbolic’ and ‘seriously unacceptable’ by George Osborne, a description which the Prime Minister indicated that he agreed with.

Several senior Conservatives endorsed these criticisms in even stronger terms, while the Daily Mail and Daily Telegraph both amplified the row by choosing it as their lead story on Friday. Meanwhile, the Sun has been running a series of editorials denouncing the BBC’s ‘fat cats’ for their profligacy and waste of public money. A casual reader would be forgiven for thinking that something has gone very wrong at the corporation.

Having grown up with the BBC, much of the British public are unaware of how unusual it is. In global terms, a non-profit media corporation of such scale, owing allegiance to the public rather than to shareholders, is unique. In 2000, Culture Secretary Chris Smith told parliament that ‘The BBC is the UK’s most important cultural institution’ – a statement which sounds like hyperbole until you try to think of an alternative candidate.

It is also Britain’s most trusted news organisation and, unlike the newspapers attacking it, is bound by obligations to be impartial and independent of commercial or political vested interests. Funded by the public and owned on their behalf, the BBC has a deserved reputation for objectivity and independence worldwide.

Yet this independence rests on a remarkable balancing act. In practice, the BBC is potentially very vulnerable indeed to political interference. The government sets the level of the licence fee which funds most of the BBC’s activities, and the coalition’s decision to freeze licence fee funding at its 2010 level has already led to dramatic cost-cutting, estimated at £1.1bn a year. Through parliament, the government also grants the Charter and Licence Agreement which set out in detail the purposes of the BBC and enable its continuing existence.

The Charter and Licence Agreement are renewable every ten years, with the BBC’s new agreements due to be confirmed before the end of 2016. What will they contain? The government has put off consideration of this until after the 2015 election. The implication is clear: Do nothing to rock the boat, or the next government could seek its revenge. There is a history to this. The BBC has often seemed unduly cautious in the period prior to Charter renewal. Indeed, when the 1926 General Strike occurred, the Baldwin government was weeks away from announcing whether it would grant corporation status to the BBC, and the fledgling BBC’s reporting of the strike heavily favoured the government position. Here, the BBC put its own survival ahead of the immediate public interest. The BBC should serve the public, not the government, but politicians know that with sufficient levels of threat and pressure it might be scared into looking to its own survival instead.

Even more than in newspapers and social media, election campaigns are fought on television and radio. These are the platforms with the widest reach and, in the case of television, the strongest visual appeal. Politicians want to use them to persuade the electorate and present themselves in the best light. But an impartial news organisation like the BBC has an obligation to challenge politicians and hold their claims to account. This is the backdrop for this week’s events.

The BBC’s ‘crime’ was not that its reporting of the Autumn Statement contained anti-Tory bias, despite the charges of a ‘senior government source’ quoted in the Telegraph. On the contrary, these are political attacks on the BBC’s independence, which it would have been spared if it showed bias in favour of the Conservatives. And the BBC did not make up the charges that it put to the Chancellor – that his projected spending levels were akin to those last experienced in Britain in the 1930s, the time of Orwell’s The Road to Wigan Pier.

The analysis came from two respected economic research organisations, the Institute for Fiscal Studies and the Office of Budget Responsibility, which was created by the Chancellor himself to provide non-partisan economic scrutiny and determine whether government policy is likely to meet its targets.

The extent of political pressure on the BBC’s independence is laid bare in the words of Conservative MP Conor Burns. As part of what appeared to be an orchestrated attack on the BBC on Friday by several Conservative MPs, Burns claims that the BBC’s reporting could have the effect of ‘sending voters into the arms of Labour’, something that would be ‘deeply unprofessional for our national broadcaster’, adding: ‘Our national broadcaster that wanted its charter renewed in 2016 will be under even more scrutiny than normal’. This is no veiled threat; the linkage here between critical BBC reporting and the renewal of the BBC’s Charter and Licence is abundantly clear.

To its credit, the BBC has been stout in its own defence. For example, James Harding, Director of News and Current Affairs issuing a robust and clearly explained rebuttal of these criticisms. ‘On Thursday’, he wrote, ‘it was the BBC’s responsibility to report and analyse those announcements in full – and hold the Chancellor to account. That’s what we would do with any Chancellor, regardless of their party, or their policies’. Harding added: ‘it’s more important than ever that the BBC is undeterred by such complaints and defends its independence from political pressure from wherever it comes.’ Unusually, the BBC also took to Twitter to offer point-by-point refutations of last week’s Sun editorials, pointing out how the dramatically BBC’s financial efficiency has increased over recent years and that its services cost each household just £2.80 per week. It could have added that no such efficiencies have been imposed on the Sun, itself part of a private global corporation which part-owns the BBC’s biggest rival, BSkyB.

The BBC’s role in the coming election should be to inform the electorate, scrutinise politicians’ claims and distinguish fact from spin or untruth. ‘Sustaining citizenship and civil society’ is one of its six ‘public purposes’ and, unlike the press, its independence and impartiality means that it is uniquely placed for this crucial democratic task. The BBC is more popular with the public and more trusted than politicians, so it represents a substantial obstacle to political parties consumed with the task of ‘getting the message across’.

For many Conservatives, and for the right-wing press, the BBC also represents a form of public provision which – however efficient or effective – is anathema. So the best way to counteract the BBC and ‘regain control of the message’ is to take every opportunity to undermine the BBC’s public popularity while threatening the corporation’s own survival. That is what we have been seeing this week – not critical substance but simply naked politics.

So the election has begun. And the scale and severity of these attacks will only increase as the campaign becomes more feverish. So far, the BBC has stood firm. But it is acutely vulnerable, particularly if the Conservatives were to win the next election. Its twin obligations – a short term requirement to inform the public impartially and to serve the democratic process, and a long-term desire to ensure its survival in its present form – mean that it is walking a tightrope on a daily basis.