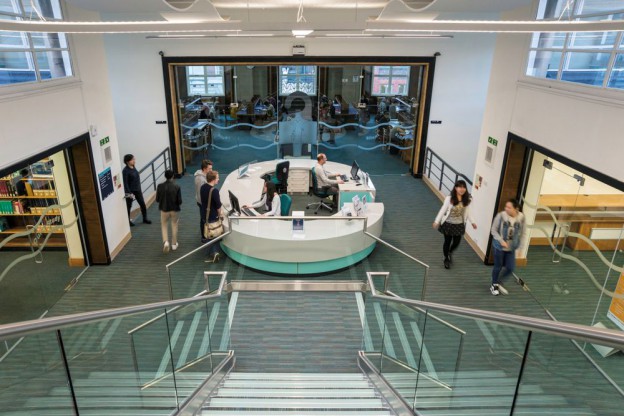 Additional facilities include two ‘Team Mates’, high-tech tables which can double up as interactive whiteboards, in the LearnHigher Room on the ground floor which have been funded through alumni donations to the Benefactors’ Fund.

Phil Sykes, University Librarian, said: “The results of the National Student Survey told us that students were highly critical of the lack of space and available computers in the Harold Cohen. This project has allowed us to increase study space in the library by about 25%. It’s also allowed us to ‘zone’ the building so that quiet and silent study areas are well away from the areas for social and group learning.

“One of the things I like about this project is that the third and fourth floors were, when Stanley Baldwin opened the Cohen in 1938, just backroom storage and it is now a great public study space, with plenty of natural light.

“We hope our students are as delighted with it as we are.”