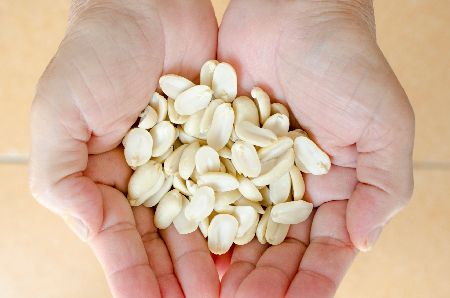 Cancer patients are advised to avoid regular consumption of peanuts

Scientists at the University of Liverpool have found that a component of peanuts could encourage the spread and survival of cancer cells in the body.

In the first study of its kind, scientists showed that a protein in peanuts, called peanut agglutinin (PNA), binds to a special sugar chain, which occurs mainly on pre-cancerous and cancer cells, and interacts with a larger protein expressed on the surface of tumour cells in the bloodstream.

The study shows this interaction triggers changes in the larger protein, resulting in underlying adhesion molecules on the surface of the cancer cell to become exposed.

This makes the cancer cells stickier and easier to attach themselves to the blood vessels. It also allows the cancer cells to form small clumps that prolong the survival of cancer cells in the body’s circulation. Many epithelial cancers spread to the other organs through traveling through the bloodstream.

Scientists at Liverpool had previously shown that peanut agglutinin (PNA) is resistant to cooking and digestion, with up to 50% of PNA discharged from the body in those people that ingest raw or roasted peanuts. It enters the bloodstream rapidly as an intact and active form after peanut consumption.

Professor Lugang Yu, from the University’s Institute of Translational Medicine, who led the study, explains: “There is a large body of biological and epidemiological evidence linking diet and cancer causation, such as the association between heavy drinking and higher risks of oesophagus and colorectal cancer, but less is known of the influence of diet on the progression of cancer once it is established.

“This study provides proof of principle that PNA appearance in the blood circulation after peanut consumption enhances the ability of the tumour cells to spread to other areas of the body. Although more research is needed, as cancer cell spreading to other organs accounts for the majority of cancer-associated fatality, cancer patients would be advisable to avoid regular consumption of peanuts.”

The study is published in the journal, Carcinogenesis