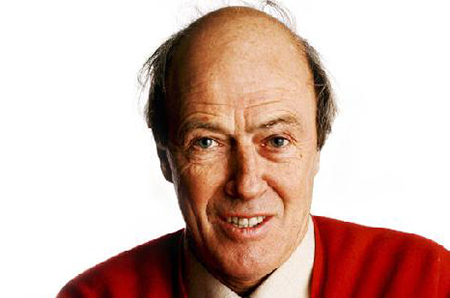 As a writer, Roald Dahl is best known for books such as Charlie and the Chocolate Factory, Fantastic Mr Fox and The BFG, but not so well known is the fact he was also fascinated by medical science.

Professor Tom Solomon, Head of the University’s Institute of Infection and Global Health, looked after him during his final illness and spent hours discussing medicine with Dahl.

He said: “Roald Dahl was an extraordinary man. I first met him when I was a junior doctor in Oxford and he was one of our patients. I got very close to him in the last few weeks before he died. We talked about everything: life, literature, love, and death.

“I had the sad, but privileged, role of looking after him the night he died. I also got to know his family well, and have stayed in touch with them ever since.

“Most people know Roald Dahl as a brilliant author of children’s books but many are not aware of his fascination with medicine and medical science.

“Dahl was especially intrigued by neurological problems, and indeed I sometimes wonder whether our late night discussions on the ward influenced my own decision to become a neurologist“

“Dahl and his family suffered several medical tragedies: he nearly died when his fighter plane went down in World War II; his son suffered severe brain injury in an accident; and his daughter died of measles infection of the brain.

“But he also had some medical triumphs – he dragged himself back to health after the plane crash, despite a skull fracture, back injuries, and blindness; he was responsible for inventing a medical device (the Wade-Dahl-Till valve) to treat his son’s hydrocephalus (water on the brain) and he taught his first wife Patricia to talk again after a devastating stroke.

“His medical interactions clearly influenced some of his writing – for example the garbled language of the BFG was inspired by the way Patricia spoke as she relearned English.

“Dahl was especially intrigued by neurological problems, and indeed I sometimes wonder whether our late night discussions on the ward influenced my own decision to become a neurologist. “

In a programme broadcast on Radio 4, Professor Solomon spoke to Matthew Parris about Dahl’s life and work and his interest in medicine. They were joined by Donald Sturrock, Dahl’s biographer.

Great Lives was broadcast on Radio 4 on Tuesday, 30 December at 4.30pm.

To listen to the programme, visit: http://www.bbc.co.uk/programmes/b04vkl1v