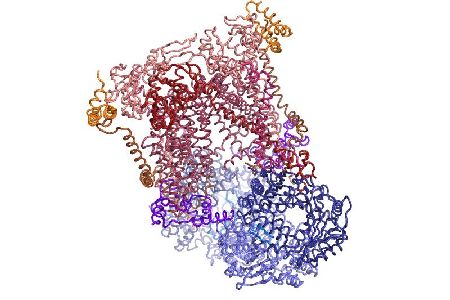 Scientists from the University of Liverpool and Liverpool School of Tropical Medicine (LSTM) have identified a path to overcome the resistance to current malaria drugs using a powerful technique, called X-ray crystallography.

By using this technique, which shines ultra-bright X-rays at crystals of proteins, it is possible to see the arrangement of atoms and how chemicals, including drugs, could bind to them.

Malaria is caused by a parasite that attacks people when they are bitten by an infected mosquito. When infected it proceeds to grow and reproduce within a person causing malaria. By targeting and inhibiting proteins that are essential for the survival of the parasite, it is possible to prevent or cure the disease.

Dr Svetlana Antonyuk from the University’s Institute of Integrative Biology led the research, said: “The drug, Malarone, is currently used in the treatment and prevention of malaria but resistance is now common and affects some of the poorest regions of the world. One of the active ingredients, Atovaquone, binds to cytochrome bc1, a large membrane protein found in the mitochondria of cells.”

Work has been done to modify chemicals that are known to bind this protein with the aim of developing a new compound that would affect resistant malaria strains.

The Liverpool research, conducted by PhD student Michael Capper, shows that two next-generation anti-malarial compounds bind at the Qi site of cytochrome bc1.

Cytochrome bc1 has two binding sites and much of the work on current drugs has been based on the Qo site where Atovaquone binds. By binding at the Qi site, these next-generation compounds are able to overcome resistance and remain active against the parasite.

Professor Samar Hasnain, one of the corresponding author on the paper, said: ‘This work, elucidating membrane protein structure, offers new opportunities to impact on a major global health problem. It illustrates the power of bringing together the best of UK science to address significant clinical need.”

LSTM’s Professor Giancarlo Biagini, said: “For several years we have been working on targeting the bc1 enzyme complex in the mitochondria of the malaria parasite for the development of new antimalarial drugs that can overcome resistance. However, much of this work has been performed blind in that we were never sure exactly where our compounds were binding.

“Co-crystallisation of the bc1 enzyme with a series of antimalarial compounds has revealed important information of how to make safe inhibitors that should also overcome known parasite resistance mechanisms.”

The research is published in Proceedings of the National Academy of Sciences of the United States of America (PNAS) http://www.pnas.org/content/early/2015/01/02/1416611112