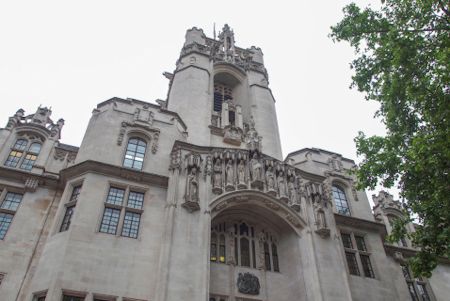 For the first time in seven years, the Court reconsidered police immunity

Dr John Fanning, Law Lecturer at the University of Liverpool, comments on the Supreme Court’s decision to preserve police immunity from negligence liability:

The Court confirmed that the police do not owe a common law duty of care to the public when investigating and preventing crimes.

For the first time in seven years, the Court reconsidered police immunity and, by a 5-2 majority, opted to retain the status quo. While the police can still be sued for “operational” negligence, they remain immune from claims arising from failings occurring in the course of the investigation and prevention of crime.

The Michael case arose from the tragic death of Ms Joanna Michael on 5th August 2009. Ms Michael rang the police in the early hours of the morning after her ex-boyfriend had found her with another man and threatened to assault her.

Using her mobile phone, Ms Michael dialled ‘999’ but her signal was picked up by Gwent Police in the neighbouring county and not South Wales Police, her local police force. Ms Michael told the Gwent Police operator that her ex-boyfriend had threatened to hit her and may also have said that he was going to come back and kill her.

Approximately 20 minutes later, Gwent Police received another emergency call from Ms Michael in which the operator heard screaming before the call was cut off.

The operator upgraded the urgency of the incident but when officers arrived at Ms Michael’s address they found her dead. Ms Michael’s ex-boyfriend was found guilty of murder and her family sued the police for negligence.

The rationale for police immunity is that the prospect of litigation would transform the operational priorities of the police.

Instead of focusing on their primary public function, the argument goes that fears about being sued might lead police officers to perform their duties with an unduly “defensive” frame of mind.

There is also a question of the fair allocation of resources: as Lord Toulson said in his leading speech in Michael,it does not follow that taxpayers should fund a police force and “bear the additional burden of compensating a victim for harm caused by the actions of a third party for whose behaviour the state is not responsible.”

Court-watchers may feel that Michael’s case bucks a recent trend. During the last decade, the Court has restricted the scope of the armed forces’ “combat immunity” (Smith v MOD) and abolished the immunity of expert witnesses (Jones v Kaney) and barristers (Hall v Simons) from negligence claims.

The Court’s reasoning in those cases may have raised doubts about the future of similar immunities enjoyed by the likes of the police and fire brigade. Michael’s case dispels any hopes of new trend in the Court’s decision-making.

It also goes against the grain of recent public policy. At a time when police (mis)conduct is coming under closer scrutiny, the dismantling of police immunity from negligence claims may have seemed a logical step.

That the Supreme Court has chosen to keep it suggests that police exceptionalism will survive for some time yet.”