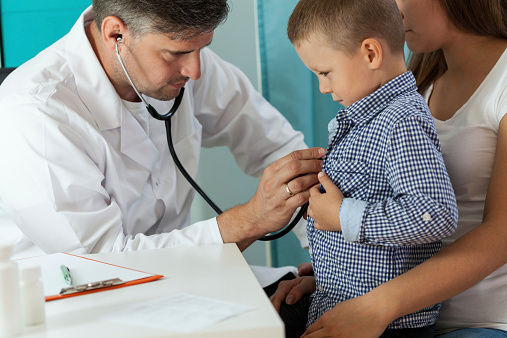 Scientists are investigating the immune response in children

The University of Liverpool is part of a new £5.1 million consortium, working to eliminate the ‘trial and error’ approach to the treatment of lupus.

The new project, launched by George Freeman MP, Parliamentary Under Secretary of State for Life Sciences, seeks to improve on current approaches to treatment following research that shows that only 40-50% of patients respond well to any particular treatment.

Systemic lupus erythematosus (also known as SLE or lupus) is a condition which affects around 16,000 people in the UK – 90% of these are women and it is particularly common amongst people of African, Indo-Asian and Chinese origin.

For reasons that are poorly understood, in sufferers, the immune system attacks healthy cells, organs and tissues causing severe inflammation. This inflammation can cause a range of problems including rashes, hair loss, arthritis, kidney involvement and blood disorders.

Liverpool is leading the investigation into the immune response and clinical data amongst young people to identify key factors that predict more accurately the right treatment to offer to individual patients.

Professor Michael Beresford, from the University’s Institute of Translational Medicine, said: “Up to 20% of patients with SLE develop it in childhood or adolescence, known as childhood or Juvenile-onset SLE (JSLE).

“Generally the disease is more severe in young people, with more associated organ damage, requiring greater use of steroid treatment and other potent immunosuppressant treatments, which themselves have significant side effects.

“For the last eight years, Liverpool have been leading a UK-wide programme of research trying to understand what causes lupus in childhood in order to develop better, more effective and safer treatment.”

Liverpool hosts the UK’s only “Centre of Excellence for Childhood Lupus”. In close collaboration between the University and Alder Hey Children’s NHS Foundation Trust, the Centre has developed and coordinated the UK JSLE Study Group, a UK-wide multi-disciplinary collaboration of over 20 centres, that together have developed a national cohort of more than 450 patients with JSLE, one of the largest in the world.

The new project is a field of study, known as stratified medicine, involving the investigations into large numbers of patients to identify smaller groups for more personalised treatment based on their particular genetic and biological characteristics. The team envisages that this approach will increase the success rate of treatments for individual patients.

Alongside the Centre of Excellence for Childhood Lupus, the University is developing a new Research and Education Centre at Alder Hey Children’s Hospital. Donations to the University are helping to construct the facility, which will enable researchers to contribute to safer, better medicines for children to use in the NHS and throughout the world.

It will also help give children in the North West greater access to emerging life-saving technologies and provide facilities that will attract outstanding researchers to Liverpool. More than £15M has already been secured to support the second stage of the new £25M centre which is due to open in summer 2015, alongside the new hospital.

For more information about the project, please visit: www.liverpool.ac.uk/giving/child-health.