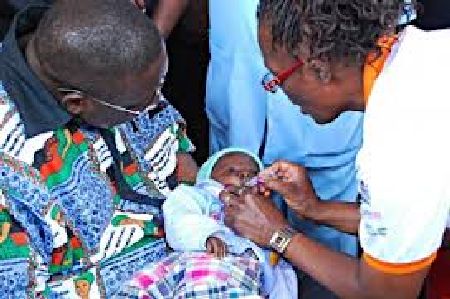 Research at the University of Liverpool has found that diarrhoea caused by rotavirus infection is significantly reduced in the developing world with the use of a vaccine to prevent the condition.

Rotavirus is the leading cause of severe, acute gastroenteritis among infants and young children throughout the world and is responsible for an estimated 453,000 deaths among children under age five each year.

More than 90% of childhood deaths attributed to rotavirus infection occur in developing countries. Symptoms include severe diarrhoea and vomiting, leading to loss of fluid and electrolytes which can result in dehydration, shock, and death.

Safety and efficacy trials had already been conducted with two rotavirus vaccines in Europe and the Americas which found they were more than 90% effective in preventing severe rotavirus gastroenteritis.

A large trial, conducted by the University of Liverpool and published in 2010 showed the vaccine was efficacious in Malawi, but until now, no evaluation of the vaccine in real-world use, as part of the WHO recommended vaccine schedule, had been carried out in low income countries in Africa or Asia, where the burden of disease is greatest.

A decade of study

Following a four year programme, involving more than 1,800 children presenting with diarrhoea at a large hospital in Malawi, the team found that the rotavirus vaccine, which was introduced in Malawi in 2012, reduced the risk of severe disease by 64%, as well as the total community burden of rotavirus hospitalisation by 43%.

Dr Naor Bar-Zeev, Senior Research Fellow at the University’s Institute of Infection and Global Health, who led the research team at the Malawi-Liverpool-Wellcome Trust Clinical Research Programme, said: “The team at Liverpool has been working to reduce the number of unnecessary deaths from this disease in Africa for more than a decade. Our new data show that these efforts are now resulting in really positive outcomes for the health and wellbeing of children in Malawi.

“The success of this vaccine demonstrates the significant impact it can have on countries with a high burden of diarrhoeal disease, particularly when it is introduced into childhood immunisation programmes at the earliest stage possible.”

The next stage of the research will examine the duration of protection afforded by the vaccine and its effectiveness against different genetic forms of rotavirus.

The research, led by Professor Nigel Cunliffe at Liverpool, was conducted in partnership with the Malawi Ministry of Health, University College London, University of Nagasaki, Japan and the Centers for Disease Control and Prevention, USA, and is published in the journal, Lancet Infectious Diseases.