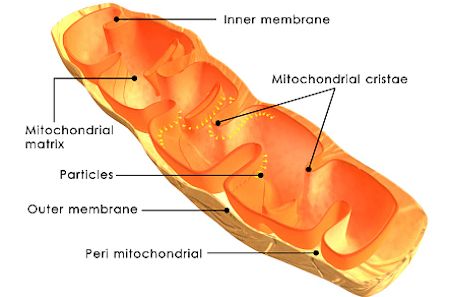 Mitochondria DNA (mtDNA) are present in almost all human cells

Amel Alghrani, Senior Lecturer in the University’s School of Law and Director of the Health Law & Regulation Unit, comments on the decision by MPs to approve the draft Human Fertilisation and Embryology (Mitochondrial Donation) Regulations 2015.

“MPs have voted to approve the statutory instrument (Ayes 382 votes, Noes 128 votes) thereby giving hope to those who wish to avoid the transmission of devastating and often fatal mitochondrial diseases from mother to child. The instrument must now be approved by the House of Commons and House of Lords before it can come into force.

What is mitochondrial disease?

Mitochondria DNA (mtDNA) are present in almost all human cells providing the power that cells need to function. They contain a small amount of mtDNA that is inherited exclusively from the mother through the mitochondria present in her eggs. Unhealthy mitochondria can cause several disorders, known as mitochondrial disease which affects each sufferer differently and with a wide range of potential symptoms at varying levels of severity, including poor growth, loss of muscle co-ordination, muscle weakness, visual and hearing problems, learning disabilities, heart, liver and kidney disease.

The disease can result in painful, debilitating and disabling suffering, long-term ill-health and a consequent low quality of life. In its most severe form, a child born with the condition is likely to die at an early age.

There are now several novel treatment methods with the potential to reduce the transmission of abnormal mtDNA from a mother to her child, and thus avoid mitochondrial disease in the child and subsequent generations. Such treatments are currently illegal in the UK as the Human Fertilisation and Embryology (HFE) Act 1990 (as amended), only permits eggs and embryos that have not had their nuclear or mtDNA altered to be used for treatment.

The draft Human Fertilisation and Embryology (Mitochondrial Donation) Regulations 2015 would allow for mitochondrial donation techniques to be used as part of in-vitro fertilisation (IVF) treatment to prevent the transmission of serious mitochondrial disease from a mother to her child.

What is all the fuss about?

Drafting law and policy on anything to do with embryo research and fertility treatment, subject matter on which there is no moral consensus was bound to raise controversy amidst concerns of any tampering with human embryos.

As replacing unhealthy mtDNA with healthy mtDNA from another donor raises the possibility a child could be genetically related to three parents, the Church of England claimed introducing laws to allow three parent babies would be ‘irresponsible’ and urged MPs to vote against the Regulations.

Reverend Dr Brendan McCarthy, the church’s national adviser on medical ethics, said: “The Archbishops’ Council, which monitors this issue, does not feel that there has been sufficient scientific study or informed consultation into the ethics, safety and efficacy of mitochondria transfer.”

Yet mitochondrial DNA accounts for a mere 0.054% of our overall DNA and it does not have any impact on the physical characteristics and personality traits of any resulting child, which come solely from nuclear DNA.

Furthermore children conceived using mitochondrial donation will only have access to limited, non-identifying information of the donor. So the notion a child will be raised by three genetic parents is simply not true.

In response to claims surrounding the safety of procedure, The Human Fertilisation and Embryology Authority (HFEA) appointed an Expert Panel which reviewed the science in April 2011, March 2013 and June 2014.

In the latest report the Chair of the Expert Panel, Dr Andy Greenfield, stated: “In three years study the expert panel has seen no evidence which suggests that these new mitochondrial replacement therapies are unsafe.”

Yesterday’s vote is a step in the direction and a much welcome victory for groups such as The Lily foundation  and The Progress Educational Trust  who have long campaigned alongside other organisations for such regulations to be passed.

This is not about ‘three parent families’ – it is about promoting and welcoming scientific research that will alleviate illness and needless human suffering.”