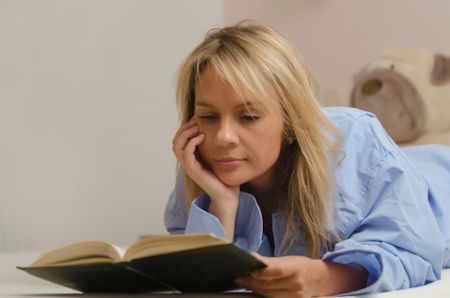 Over half of the UK adult population regularly reads for pleasure

Research by the University of Liverpool has found that people who read for just 30 minutes per week are more likely to be satisfied with their lives.

A study by the University’s Centre for Research into Reading, Literature and Society  (CRILS)explored the emotional, social and psychological benefits to adults of regular reading for pleasure.

It found that people who read are 21% less likely to report feelings of depression and 10% more likely to report good self-esteem versus non-readers, equipping them with a greater ability to cope with everyday life.

Regular readers for pleasure reported fewer feelings of stress than non-readers, and stronger feelings of relaxation from reading than watching television, engaging with social media or reading other leisure material.

The analysis found that one of the greatest benefits of being a reader was a better understanding of other people’s feelings compared to non-readers.

A lack of time was the biggest reason cited by lapsed readers for not picking up a book. The study also found that 1.2million UK adults have stopped reading as a result of some form of depression.

CRILS researcher, Dr Josie Billington, who conducted the study, said: “ Whilst the cumulative societal benefits of reading have been widely acknowledged, it’s important also to recognise the gains to be had from reading on our personal health and well-being.”

The study was commissioned by Galaxy chocolate on behalf of Quick Reads, a charity that produces short books by well-known authors for busy people and less confident readers.

It coincides with the release of the 2015 Galaxy Quick Reads’ titles which are bite-sized books written by best-selling authors, priced at £1.

You can read the full report of the study here