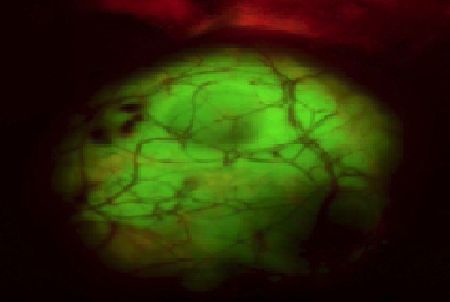 Liverpool researcher's have shown that cells, with previous experience of oxygen deprivation, can still produce the genes that help them move around the body

Scientists at the University of Liverpool have shown that a type of cancer, common in young children, is more likely to spread in the body if the cells have experienced a shortage of oxygen inside the tumour.

The research, in partnership with paediatric oncologists and surgeons at Alder Hey Children’s hospital, highlights the need to monitor the cellular environment in the body to help predict the consequences of the cells’ history on their future behaviour and their potential response to therapies.

Supported by the Neuroblastoma Society, the study shows that neuroblastoma cells, an aggressive cancer that usually occurs in infants and children under the age of five, have a ‘memory’ of oxygen deprivation, a phenomenon which occurs in solid tumours.

Lack of oxygen modifies how the cells behave for a period of time, prompting a change in the expression of specific genes. The consequence is that cells can detach from the tumour mass and spread through the body. They also provide a means for neighbouring cells, which were not deprived of oxygen, to behave in the same way.

Some of the genes that are produced as a result of oxygen deprivation make the cells stickier, allowing them to grip the blood vessel walls, escape into the blood circulation, and settle in a new organ of the body.

Dr Violaine See, from the University’s Institute of Integrative Biology, said: “Therapies targeting cancer spread are challenging due to the complexity of the process and the high number of variables involved.

“Although tumours that are deprived of oxygen have previously been associated with increased aggressiveness as well as resistance to treatment, the understanding of a direct link between the level and duration of hypoxia and the individual steps involved in cancer spread was still missing.”

Paul Losty, professor of paediatric surgery at Alder Hey Children’s Hospital NHS Foundation Trust, said: “We now know that even those cells that have enough oxygen supply, can ‘remember’ a previous environment where they did not have sufficient oxygen. With this new knowledge, we can look more carefully at therapies tailored to the cellular environment.”

Neuroblastoma is a rare and aggressive childhood cancer, with around 100 children in the UK diagnosed each year.

The research is published in the journal Oncogenesis.  For more information about neuroblastoma, please vist: www.neuroblastoma.org.uk.