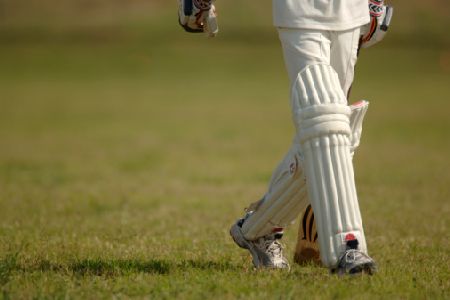 Can India retain the title?

“June 21st 1975 is a date I will never forget. The first ever ICC Cricket World Cup Final took place at Lords between Australia and the great West Indies side of Clive Lloyd – a team whose future brilliance saw the light of day on the longest day of the year at the home of cricket.

The final was overflowing with many of the great players of that or any other time. West Indies won by 18 runs and it remains one of the greatest of one day matches. The game hooked me in a way that put cricket right into the heart of my sporting world. It was also the game that elevated international one day cricket to a lofty position in a game that had been dominated by three, four and five day test cricket since 1877.

That competition involved eight teams and had started two weeks earlier on the same ground with England destroying India who made no attempt to chase England’s total of 334 – a colossal score for the time. The imperious Sunil Gavaskar (arguably India’s greatest batsman after Sachin Tendulkar) batted all 60 overs for 34 not out. Although a World Cup was a new initiative for international cricketers it is unthinkable now for any player to bat in such a way.

The 11th staging of this global event is being co-hosted by Australia and New Zealand. It will be played over 43 days in two countries hosting 49 games at 14 venues. It begins on Valentine’s Day in Christchurch with the Final in Melbourne on March 29th and involves 14 teams split into two groups. It can be argued that any one of six possibly eight teams may prevail.

The winter’s one day fixtures have seen a series of warm up fixtures between the 14 countries. This “phoney war” has given us a number of pointers to how things may play out later this month.

Australia, New Zealand and South Africa appear to be entering in the best form. Only a fool would rule out the mercurial Pakistanis, relentlessly competitive Sri Lankans, the undoubtedly talented West Indians and the holders India who always carry the whole of their nation’s hopes. They will enter a major one day tournament without Sachin Tendulkar for the first time in 25 years but will be led by the evergreen Mahendra Singh Dhoni now released from the rigours of test cricket. All four will be competitive.

Although the skipper’s, Michael Clarke, ongoing injury problems will give Australia concerns, the vice-captain, Steve Smith, has taken to responsibility like the proverbial duck to water. Their emphatic victory in the tri-nations series against England and India will see them enter the competition full of confidence. Finch and Warner will be ready to flay opposition attacks from ball one and Smith and Clarke will hope to take the expected good starts of the openers on to some big totals. Their opening game against England at Melbourne will give England a chance to gain some revenge but equally the home nation will want to put a marker down as they aim to become World Champions for the fifth time.

South Africa with Amla and De Villiers leading the batting assault appear to have a wealth of one day talent and will be favourites along with West Indies, Pakistan and India to take the four qualifying spots in Group B. Each of these three countries will have every chance of taking the World Cup by storm. Captain Vihrat Kohli for the holders India, Chris Gayle for the West Indies and Captain Misbah ul Haq for Pakistan will look to lead from the front. Ireland, UAE and Zimbabwe are capable of causing an upset but qualification looks beyond them.

New Zealand appears to have their strongest team in all forms of the game for a number of years. Led by the quixotic and immensely talented Brendan McCullum and supported by the effective opening attack of Trent Boult and Tim Southee, New Zealand on home soil will fancy their chances of real progress. Along with Australia and Sri Lanka, the Silver Ferns will expect to fill one of the top three places in Group A. As he nears the end of a stellar career it will be a pleasure to watch the peerless Kumar Sangakkara caress the ball around the park as he continues to lead the 1996 champions, Sri Lanka, through his final tournament.

England and Bangladesh may end up fighting it out for the fourth qualifying spot in Group A but England appear better equipped to make the quarter-finals. England under Eoin Morgan played with more purpose in Australia and seemed to have the measure of the holders, India. Given the explosive nature of the world‘s best one day batsmen much will be expected of Joss Butler, Moeen Ali, Ian Bell and the impish James Taylor. The removal of Alistair Cook from the captaincy and team was (in many people’s views) long overdue. Afghanistan and Scotland make up this group and may spring a surprise but progression beyond the group looks unlikely.

As the anticipation builds for all cricket lovers, thought will turn to the likely winners. A case can be made for all test playing nations other than Bangladesh or Zimbabwe. Home advantage is certainly considerable at test match level. Conditions always play a factor at test level as does the toss. Conditions do not always play a major factor in one day cricket but day/night matches can witness changing conditions. In the 2015 event 75% of all matches are day/night fixtures. It will be interesting to see if this is influential.

It is a widely held view in sport that playing at home in familiar surroundings can be a crucial advantage. In World Cup cricket history only India in 2011 has won the event whilst hosting or co-hosting. The evidence therefore suggests that the outcome of these competitions is anything but certain.

In 1975, 1979, 1999, 2003 and 2007 however the World’s best teams of those periods prevailed. The West Indies teams led by Clive Lloyd won the first two and the Australia teams of Steve Waugh and Ricky Ponting were the dominant forces in the world of cricket at all forms of the game for 10 years from the mid 1990s. The ICC rankings of today place South Africa and Australia high up in both test and 50 over rankings. Australia may well follow in India’s footsteps and become only the second host to become ICC Cricket World Cup champions. If March 29th sees the home country victorious in the final at Melbourne it will begin a very noisy party down under.”