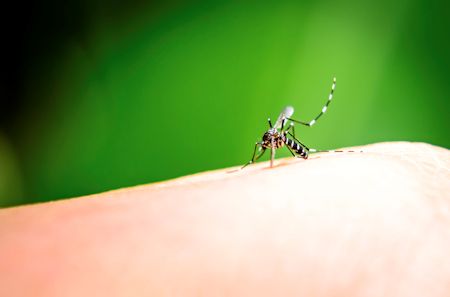 Scientists from the University of Liverpool have found that climate and weather change are unlikely to seriously affect the success of mosquito-based malaria control programmes in regions where malaria is close to elimination.

Using mathematical modelling, researchers analysed how changes in weather may affect current strategies to control the number of mosquitoes, and whether these intervention techniques would remain cost-effective and be able to prevent an escalation in the number of cases of the disease.

They found that although climate change will have an effect on temperature and rainfall patterns, which, in turn, will affect certain characteristics of the mosquito, increasing the distribution of bed nets and spraying people’s houses are likely to remain both effective and cost-effective.

The researchers were able to demonstrate that predicted reductions in the number of malaria cases and deaths are, from an economic perspective, worth the extra money spent in prevention .

Dr Paul Parham, from the Institute of Psychology, Health and Society who is a Lecturer in Public Health and the MPH Director of Studies based at the University’s London campus, said: “The possibility that changes in weather and climate might influence the cost-effectiveness of interventions aimed at reducing the risk of catching malaria has not been explored before.

“Climate change is predicted to particularly affect future temperatures and rainfall in Africa, which is where malaria is most devastating, and the link with the success of mosquito control programmes has not been reported to date.

“We found that in regions where malaria is close to being eliminated, imposing the right control strategies is likely to overcome the impact of any weather-related effects.”

“However, we also found that the right policy decisions also depend on other characteristics of the region such as how much immunity there is in the population, how much of a problem insecticide resistance is and what interventions are currently used. More research is therefore most certainly needed.“

One size fits all

The research identified that a ‘one size fits all’ approach to attempts to eliminate malaria is unlikely to be successful.

Malaria has a major impact on human health within the developing world and is the biggest cause of deaths from diseases transmitted by mosquitoes. Although the number of people becoming infected appears to be decreasing worldwide, it is still increasing in certain regions due to factors such as resistance to insecticides, which make certain control programmes less effective.

The research is published in a special issue of 13 new papers in the Royal Society’s Philosophical Transactions B which is guest edited by Dr Parham.

The special issue contains the latest research findings on how a range of epidemiological , environmental and socioeconomic factors are likely to govern the future impact of vector borne diseases such as malaria, dengue and West Nile disease, all of which have a huge impact on human health in the developing world.

Dr Parham has also published an article in`The Conversation’ about how climate change affect the spread of tropical diseases.