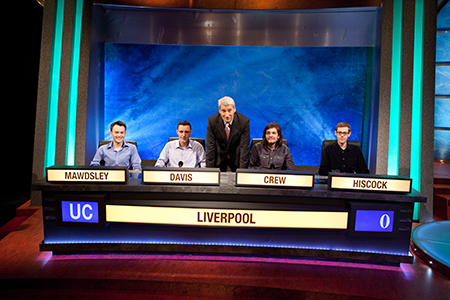 The University of Liverpool’s University Challenge team suffered a setback after losing a quarter-final match to St Peter’s College Oxford, who beat the Liverpool team 245 points to 100 points.

Hugh said: “It was disappointing to lose against St Peter’s, Oxford but they were by far the best team we’ve come across yet. They were too fast on the buzzer for us!”

You can watch the team’s performance here.

One thought on “Setback for University challenge team”