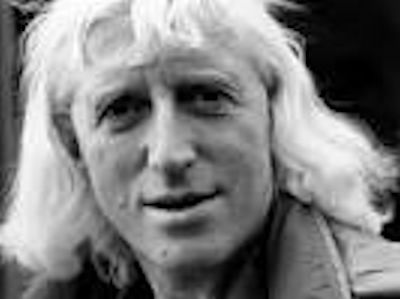 “In a Commons debate in 1971, Keith Joseph, Secretary of State for Health and Social Services, said: There is no doubt that the occasional scandal does an enormous amount for a social service.

Joseph was speaking about the White Paper, Better Services for the Mentally Handicapped, which was one response to the first major scandal uncovered in a British hospital. In 1967 a nurse at Ely Hospital, a long-stay mental health institution in Cardiff, told the press about the systemic brutality against vulnerable patients.

Joseph was right – scandal can provoke change. The Lampard report into Jimmy Savile’s activities in NHS hospitals over nearly a 50 year period highlights that yet again lessons have not been learned. Since the Ely scandal (and there was widespread, institutionalised abuse in hospitals well before then that was not properly investigated) there have been over 100 formal inquiries into NHS failings.

These include, to name just some of the most prominent, the abuse of mentally ill patients at Normansfield Hospital in 1978, nurse Beverly Allit’s attacks on children at Grantham and Kesteven hospital in 1992, and the Francis report into practices at Stafford hospital in 2013. They include verbal, physical and sexual abuse of children, the elderly, the mentally ill, and sometimes of NHS staff.

Inquiries are usually set up by and report to the Secretary of State for Health. Since Ely, they have become routinised – adopting similar objectives: establish the facts, learn from events, provide catharsis through reconciliation, reassure and rebuild public confidence, identify those accountable, and also to meet a political objective of showing the public that ‘something is being done’.

History shows that whether the minister takes action is dependent on wider factors, such as the power of the medical profession, poor industrial relations, economic crises, and wider institutional barriers to change.

Serendipity plays a role too in the impact of inquiries. When the Minister of Health Keith Robinson was confronted with allegations of abuse of elderly residents in public institutions in 1965, his initial reaction was a refusal to investigate cases where patients or their relatives wished to remain anonymous, for fear of possible reprisals from NHS staff.

The pressure group AEGIS, formed by Barbara Robb, collected evidence which was published in 1967: Sans Everything. One of her key allies was Brian Abel-Smith, an academic who was an informal government adviser on health policy, and a hospital governor.

Abel-Smith suggested that Robinson appoint Geoffrey Howe QC to chair an inquiry. When Howe was worried that the report of his 16-month inquiry would be ‘buried’ by senior civil servants, Abel-Smith persuaded the new Secretary of State, Richard Crossman, to publish it in full, and to set up a ‘Post-Ely’ Working Party to consider how to implement the inquiry’s recommendations.

Abel-Smith also advised Crossman to set up a Hospital Advisory Service to perform regular inspections of hospitals and to establish a Health Service Ombudsman to handle patient complaints.

Progress on setting up the Hospital Advisory Service and Health Service Ombudsman was hindered by an obstructive medical profession.

They could see no justification for another complaints procedure, as medical negligence cases were handled by the General Medical Council. Although patient complaints were the subject of an inquiry by Sir Michael Davies QC in 1976, there was no further action till a 1981 Health Circular to NHS authorities.

Before the 1985 Hospital Complaints Procedure Act there was no consistent approach across the NHS. Patients rarely made formal complaints: in 1971 there were 9,614 written complaints about hospitals. By 2011-12 this had increased to 107,259, partly an impact of new initiatives such as the 1991 Patient’s Charter which set out explicit rights for patients.

Until the 1980s hospital patients were much more subservient and unquestioning about their care and medical treatment. Rigid medical and nursing hierarchies also discouraged junior staff from making complaints or raising concerns about the competence of their fellow workers.

For patients in mental health institutions their voices were rarely heard, even at public inquiries. Between 1961 and 1981 there were eight official inquiries into conditions and abuses in special hospitals such as Broadmoor and no ex-patient was asked to contribute or give evidence.

NHS inquiries now strive for transparency. Increasingly, the public expects openness in the collection of evidence, and rigour in how it is analysed. The Lampard inquiry is unusual for its invitation to a group of historians to provide expertise – but this is absolutely critical to the correct interpretation of events that happened up to 50 years ago.

Historians, especially those working with History & Policy, are skilled in producing quick, succinct summaries of pertinent context. It is important that the hospitals in which Savile operated are assessed by the management and patient safety standards of that era, not what we would expect in a 2015 NHS hospital.

Most of the hundred plus NHS inquiries that have been held since the 1967 Ely inquiry have highlighted common areas for concern: inadequate leadership, system and process failures, poor communication, disempowerment of staff and patients.

To address many of these would require significant cultural changes to attitudes, values, beliefs and behaviours. There have already been fundamental changes in British society since Savile’s first abuses of patients and staff in Leeds General Infirmary in the early 1960s.

We now listen better to children; women are less tolerant of unwanted sexual advances; we are beginning to re-evaluate the cult of celebrity that allowed one man unrestricted access to some of the most vulnerable people in our public institutions.

What we have yet to do is to really learn from history, to put an end to this miserable sequence of systemic errors in the NHS and their subsequent exposure through a public enquiry.

Jeremy Hunt commissioned the Lampard report – he is now obliged to ensure that its recommendations, unlike Ely and others, are fully and swiftly implemented.”