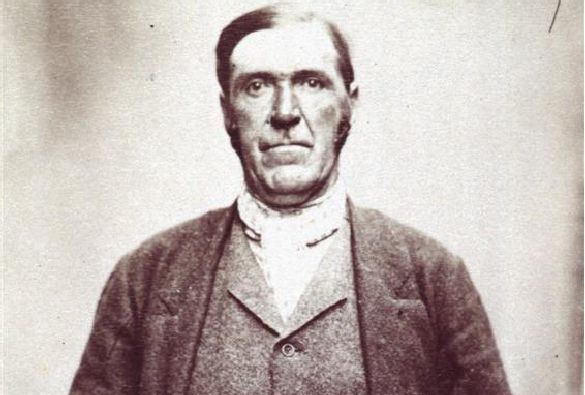 Mark Jeffrey's case was heard at the Old Bailey in 1849

University of Liverpool research, tracing the records of Londoners sentenced to either imprisonment or transportation from 1787 up to the 1920s, has contributed to a dramatic performance of the story of Mark Jeffrey, a prisoner whose case was heard at the Old Bailey in 1849.

Performed by the Judges of the Old Bailey, the play explores the life of Jeffrey, a London prisoner who was transported to Australia and later Tasmania, following violence against prison officials guarding him for a conviction of burglary.

Professor Barry Godfrey, from the University’s School of Law and Social Justice, helped develop the script for the play, which details the events that led to Jeffrey being transported from London to Australia.

Professor Godfrey said: “Jeffrey’s story is part of our Digital Panopticon project, which is aimed at reconstructed prisoners’ lives by looking at census information, health and employment records, as well as family data.

“In the court record we learn that Jeffrey explains his poor behaviour and his inability to perform tasks, such as labour intensive work at the dockyards, was due to insufficient food. His defence at the Old Bailey for inflicting harm on prison wardens, however, was not enough to keep him safe from transportation to Australia.”

Described by the court records as ‘a giant of a man’, Jeffrey worked as a gardener in Australia, but following further violent acts, he was sent to Tasmania where he worked as a gravedigger. He died at the age of 78.

Professor Godfrey said: “Performances like this help us explore some of the important questions that have intrigued us about the impact and effects of imprisonment and transportation to Australia. It is also a great way of remembering the lives of those who were sent overseas and the work of the Old Bailey over the past 400 years.”

The performance, devised by HH Judge Peter Rook QC and featuring Anthony Arlidge QC, is in aid of The Sheriffs’ & Recorder’s Fund and PAN Intercultural Arts (in aid of Victims of Human Trafficking), and will take place at the Old Bailey on the 9th, 10th, and 11th March at No. 1 Court, at 6.15pm.

For more information and to book a place at the event, please email: Christine Smith at the Sheriff’s and Recorder’s Fund: secretary@srfund.net

Digital Panopticon is funded by the AHRC Digital Transformations programme.