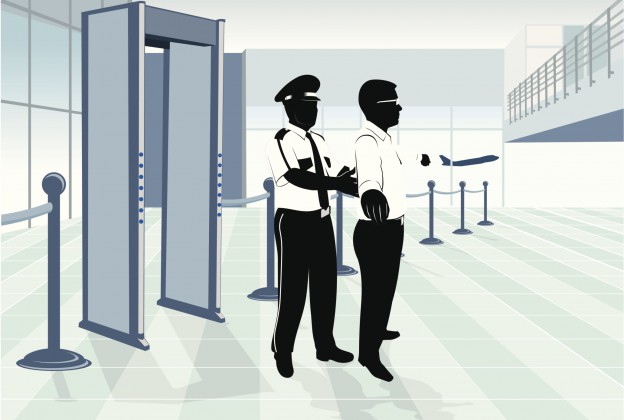 “Immigration is once again ‘the most important issue facing Britain’, according to The Economist/ Ipsos MORI March 2015 Issues index. The survey recorded a 9-point increase in public concern on the topic. Presumably this shift can be linked to the recent release of statistics showing a sharp increase in net inward migration. There is also the fact that political parties are raising the question of immigration policies as part of their election strategies.

With the final and most intense part of the campaign about to start, we are beginning to get more detail about what each is offering voters.

At first glance there does not appear to be a huge gap between the two main UK-wide parties. ‘Controls on immigration’ was one of five promises on the Labour party’s ‘pledge card’, promising that ‘people who come here won’t be able to claim benefits for at least two years’. But this has a similar thrust to the Conservative party’s proposals – with the difference being that in their case they are arguing immigrants should wait four years.

The distinctions are more in how their proposals are framed.

”By far the most polarized options have been presented by the Greens and UKIP. The former are the closest to a human rights approach, the latter present everything through a Eurosceptic lens”

The Labour Party has introduced an ‘anti-exploitation’ dimension, promising ‘to introduce fair rules making it illegal for employers to undercut wages by exploiting workers’. The Conservative Party makes a link with the European issue, suggesting that the way that free movement of EU workers operates would be part of a re-negotiation of Britain’s membership (although there are few signs the rest of Europe will move on the issue). Immigration did not figure in the Liberal Democrats’ manifesto announced in February but in an earlier ‘pre-manifesto’ statement they rather vaguely promised to ‘bring back proper border checks’.

By far the most polarized options have been presented by the Greens and UKIP. The former are the closest to a human rights approach, promising expanded rights for undocumented workers, along with an amnesty for those who have lived in the UK for more than five years. The latter present everything through a Eurosceptic lens, but also put forward the toughest approach. They are the only party to have proposed restricting access to education for the children of immigrants for five years.

How far, how high?

With the exception of the Greens then, all the UK-wide parties are in agreement that restrictions on public goods should be tightened for immigrants, but how far or high can this ‘bidding war’ go?

There has been almost no serious consideration of effects either in terms of solving the supposed problem of ‘welfare tourism’, or in terms of what negative and unintended consequences these restrictions might have. The changing nature of media coverage over immigration has played a role in the increase in public anxiety but even right-wing publications such as the Daily Mail can fume about the injustice of immigration rules.

”There has been almost no serious consideration of effects either in terms of solving the supposed problem of ‘welfare tourism’, or in terms of what negative and unintended consequences these restrictions might have”

This might seem rather hypocritical, considering this same newspaper frequently demands exactly those draconian policies that lie behind such cases. But it demonstrates that there are ethical, legal and logical limits to arbitrary restrictions on immigration. After the election there will be a point at which, as usual, politicians will have to scale back their rhetoric, and eventually, their promises.

This is not just because of the negative publicity around individual cases and the human costs they reveal. The policies on welfare are based on myths and misunderstandings around fiscal effects and the numbers of immigrants claiming benefits. Numerical limits on European immigration would almost certainly break EU laws, while imposing benefit restrictions on EU citizens presents a risk that reciprocal arrangements could hurt Britons abroad, who it turns out often claim more in welfare than immigrants do in the UK.

So is there another way to calm public fears and anxieties about immigration – a solution to ‘fix the system’?

On Tuesday 24 March, the University of Liverpool’s Policy Provocations series will feature two key thinkers from organisations that come from different sides of the debate.

Don Flynn from the Migrants’ Rights Network (MRN) argues that high levels of immigration are the ‘new normal’ and politicians should therefore abandon pointless and harmful restrictions in order to shift to a more honest and positive narrative which welcomes immigrants.

Alp Mehmet from MigrationWatch argues that population increase due to immigration cannot be ignored and the government should be bolder in implementing even firmer restrictions in order to maintain social harmony.

The debate will be broadcast live on BBC Radio Merseyside, between 12-2pm, and will feature contributions from immigrants and the businesses, charities and other organisations (such as Universities) that have an interest and a stake in how the immigration system is run.”

Policy Provocations: Bordering on the impossible – What kind of immigration do we want and how can we achieve it? will be broadcast live on Radio Merseyside 95.8FM between 12-2pm on Tuesday 24 March. To find out more, visit: http://www.liv.ac.uk/heseltine-institute/policy-provocations/bordering-on-the-impossible/