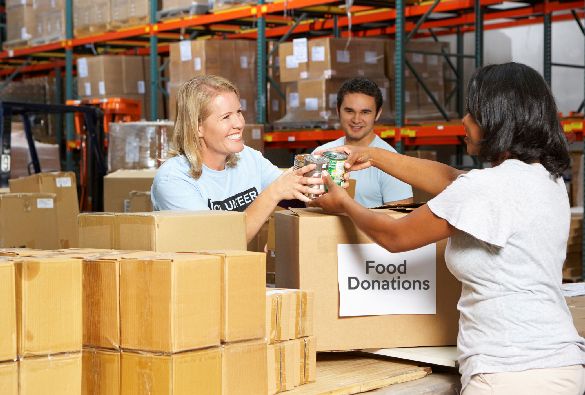 The mass expansion of food banks across the United Kingdom is associated with cuts in spending on local services, welfare benefits and higher unemployment rates, a study published in the British Medical Journal (BMJ) has found.

The research, conducted by scientists from Liverpool, Oxford and the London School of Hygiene and Tropical Medicine, linked data covering 375 local authorities of official government data on welfare changes, sanction rates, and economic changes to food bank statistics from the Trussell Trust, the only source of routinely collected surveillance for the past decade.

They found that food banks were more likely to open in local authorities with higher unemployment rates – and that greater welfare cuts increased the likelihood of a food bank opening.

Dr David Taylor-Robinson, from the University’s Institute of Psychology, Health and Society, said: “Starting in 2009, the UK witnessed a rapid spread of food banks. What is causing the rise is a topic of ongoing debate. Some argue that people are taking advantage of food made freely available, while UK food charities claim that they provide emergency food aid in response to economic hardship and food insecurity.”

The number of local authorities with food banks operated by the Trussell Trust, a non-governmental organisation that coordinates food banks across the UK, jumped from 29 in 2009/10 to 251 in 2013/14.

In the first part of their study, the researchers investigated where food banks were opening in such greater numbers than previously. For the first time they were able to link information on the Trussell Trust’s food bank operations to budgetary and socioeconomic data from 375 UK local authorities from 2006/07 to 2013/14.

They adjusted for the proportion of people identifying as Christian, as Trussell Trust food banks are only initiated by Christian churches (though the service is open to anyone who is referred).

The researchers found that food banks were more likely to open in local authorities after they had experienced higher unemployment rates and greater welfare cuts in years prior. They estimate that, in a local authority facing budget cuts in the two years prior, there was about one in eight (14.5%) chance of a food bank opening but where there had been spending cuts of 3%, that chance increased to more than one in two (52%).

Dr Rachel Loopstra of Oxford University’s Sociology department, said: “This data reveals a picture of the UK where religious charities are trying to plug the gaps left from cuts in government support. Yet evidence from North America shows that charities, despite their best efforts, cannot address a systemic problem of insecure access to food.”

They found that food parcel distribution is higher in areas with greater densities of food banks but, crucially, that supply of food banks was not driving their use. Instead, after adjusting for the capacity of these areas to provide free food, the authors found an independent link between sanctions or austerity and the number of emergency food assistance seekers.